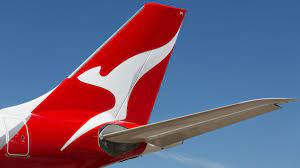 186 people were repatriated to Australia from Bali via the Ngurah Rai International Airport utilizing a Qantas Airways aircraft at 3:00 pm on Wednesday, 18 August 2021.

Quoted by Kompas.com, the Stakeholder Relation Manager for the Airport Authority – PT Angkasa Pura I, Taufan Yudhistira, confirmed that 186 passengers left on the Qantas aircraft, a number that includes the plane’s crew.

Taufan also confirmed that all those on board the aircraft followed all administrative and health regulations now in place. On the health side, this included presenting proof of a negative COVID-19 test and a check for normal body temperature.

The Australian leaving Bali arrived at the airport at 10:00 for a flight that departed at 3:00 pm to complete all the procedures.

The Consul-General of Australia in Bali, Anthea Griffin, said the charter flight formed a part of facilitation by the Australian government to assist its citizens at risk during the continuing pandemic or who have had their return flight to Australia canceled.

The Australian Consulate in Denpasar has cooperated with the Provincial Government of Bali and the Government of Indonesia to facilitate the commercial flight from Denpasar to Australia. The incoming flight also carried a large amount of assistance materials and packages from Australia to Indonesia.