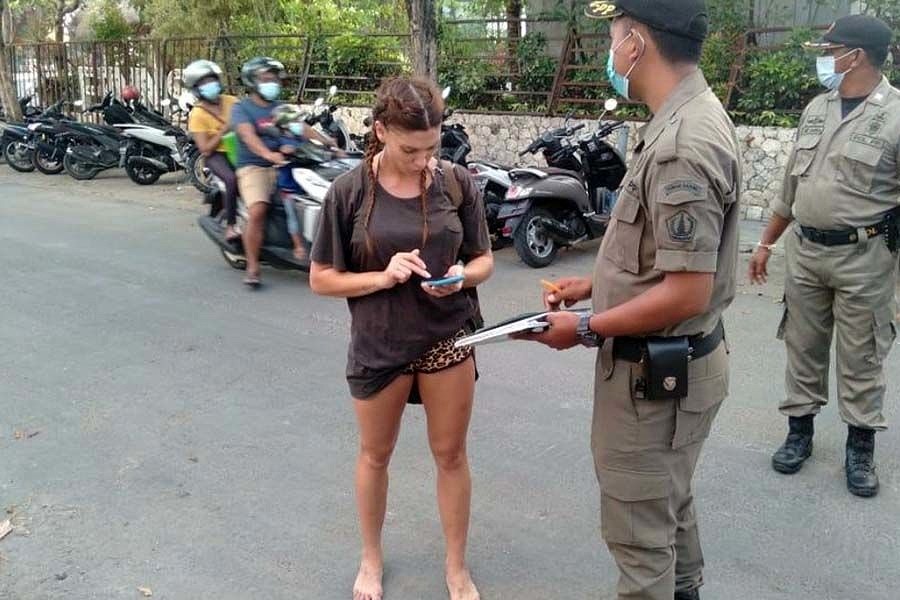 NusaBali reports that the Bali Provincial Enforcement Authorities (Satpol PP) took action against 31 foreign nationals in the period 07-26 March 2021 for their failure to obey regulations and health protocols while engaging in outside activities. Most violations occurred in Bali’s populous Badung Regency.

Enforcement officials are busily briefing members of the tourism industry, urging careful and complete compliance with health protocols and prohibitions against public gatherings that could become clusters for new infections.

Strict enforcement measures and stepped-up public education programs were confirmed by the Chief of the Provincial Satpol PP, Dewa Nyoman Rai Darmadi, following a meeting with 12 cafes in Badung Regency and the City of Denpasar on Wednesday morning, 07 April 2021.

Dewa Darmadi said: “During March, foreigners were sanctioned. Most had ignored health protocols while engaging in activities outside their place of residence.” The sanctions imposed on the 31 foreign nationals included fines of Rp. 1 million-plus referrals to their respective foreign consulates.

The nationality breakdown of the 31 foreigners found guilty of violating provincial law was 9 Russians, 5 British subjects, 2 Germans, and 2 Americans. The remaining violators were one each from Australia, Lebanon, Switzerland, the Czech Republic, France, Ukraine, Greece, Poland, Marocco, Italy, Sweden, and South Africa.

The Provincial Satpol PP has been criticized by legislators and government circles for how they have fined violators. The chairman of Commission II of the Bali House of Representatives (DPRD-Bali) from the Golkar Party, Ida Gede Komang Kresna Budi, called on no fines to be levied against members of the public who fail to follow health protocols. The lawmaker commented that penalties should be replaced with rehabilitation measures and counseling in the current difficult financial situation.

Kresna Budi urges law enforcement to approach violators in a humanistic manner, communicating why health protocols are essential during the ongoing pandemic. He suggested that people found not wearing a mask be given a free face mask.