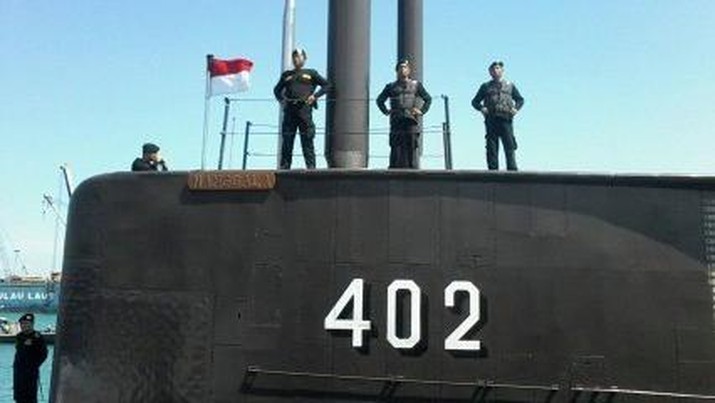 Indonesia’s President Joko Widodo has pledged recovery and salvage efforts will continue for 53 Indonesian submariners now believed lost on board the KRI Nanggala-402, last heard from on Wednesday, 21 April 2021, while performing practice exercises in the water north of the Island of Bali.

The Head of Staff for the Indonesian Navy, Admiral Yudo Margono, told Kompas.com that a breach in the hull of KRI Nanggala-402 would have resulted from the ship sinking to 850 meters below sea level, a depth far in excess of the vessel maximum service depth of 250-500 meters.

“Through the discovery of equipment from the scene, it appears a hull breach occurred. This would be the certain result of sinking past the 700-800-meter mark,’ said Amiral Yudo.

The vessel’s hull has been identified at a depth of 850 meters below sea level, 96-kilometers north of Bali. Given the images supplied by the search vehicle showing the hull in three large segments, the unsurvivable depth of the wreckage, and a limited three to a five-day oxygen supply, the submarine has been officially declared lost at sea with no survivors on Saturday, 24 April 2021.

The same hull breach is also suspected to have expelled the flotsam items recovered by searchers. One of those items – torpedo-tube extender suggests a major, if not catastrophic, hull breach had occurred.

The doomed vessel is one of five submarines operated by the Indonesian Navy.

The KRI Nanggala-402 was powered by four electric diesel engines and could travel at 21.5 knots while submerged.