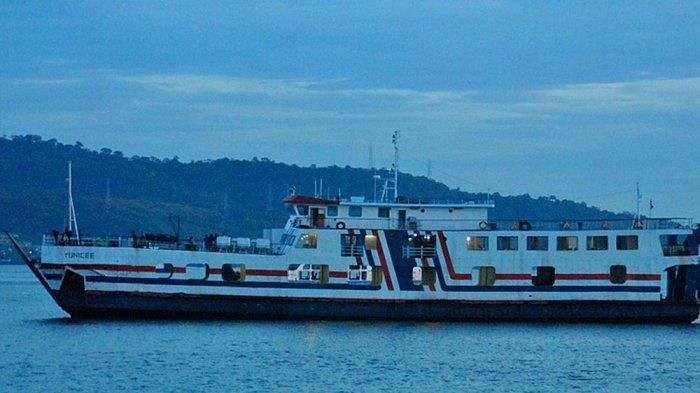 KMP Yunicee – a car and passenger ferry traveling from Ketapang in East Java to Gilimanuk, West Bali sunk as it approached the Balinese landing point on Tuesday, 29 June 2021, at 7:25 pm.

The ferry capsized after it reportedly began taking on water, listed severely, and its engine malfunctioned.

Several amateur videos of the vessel and the fatal incident have begun to appear on social media. One video shows bystanders using orange-colored life vests working to save passengers from the sinking ship.

According to information available online from the Department of Sea Communications, the KMP Yunicee was operated by PT Sly Surya Timur Line. The ship’s gross registered tonnage was 633 tons, with a total passenger capacity of 300. The vessel was also rated to carry 44 four-wheel vehicles and 98 motorcycles. The ship was a Ro-Ro Ferry and, according to its registration, was built in 1992.

During the fatal crossing, the KMP Yunicee had a manifested 41 passengers on board. As reported by Kompas.com, the ship’s sailing certificate filed with the Ketapang Port showed 12 crew members for a total complement of 53 souls on board. Of that total, 33 people survived the sinking. Six people are confirmed to have died, while 14 people are missing.

Meanwhile, NusaBali.com reports that the KMP Yunicee, commanded by Captain Indra Saputra, carried a crew of 16 and 41 passengers. Also on board were 17 trucks, six cars, and one motorcycle.

Media reports indicate the ship encountered a combination of strong currents and high waves as it approached the Gilimanuk Port. The head of the Banyuwangi Port Authority, Benyamin Ginting said crew members working in the ship’s engine room reported waves that were five meters high and strong southerly currents. “Maybe this was the cause (of the sinking),” said Ginting, as quoted by Kompas.com.

The ship was idling, awaiting clearance to sail to the landing pier, when it was reportedly overwhelmed by high waves and strong currents. Observers say the ship’s engines were insufficient to counter the high waves, and in short order, began taking on water and list to the port side. Ginting said the ship sank in only five minutes.

The rapid sinking of the listing ship took only five minutes resulting in scenes of chaos and panic as passengers donned life jackets and abandoned ship. Some passengers were rescued by small traditional fishing boats operated by local fishermen and ferries plying the Straits of Bali. Other survivors managed to swim toward the nearby piers, where bystanders helped them ashore.

The six bodies recovered were found in the waters surrounding the busy ferry port.

The six dead were expected to grow due to the 14 still missing people from the ship’s passenger manifest.

The provisional list of those who died in the incident are:

The dead were transported to the Gilimanuk Community Health Center (Puskesmas).

At the time of this report, on the morning of Wednesday, 30 June 2021, an intensive search and rescue effort continued at the vessel and surrounding waters.

The Chief Engineer of the KMP Yunicee reportedly told Ginting that the ship had suffered no leaks.

The National Transportation Safety Agency (KNKT) is investigating the tragedy and will eventually file a detailed analysis of the sinking.

Bali’s Governor Wayan Koster, Provincial Chief of Police General Putu Jayan Danu Putra, and the Regent of Jembrana Nengah Tamba visited the Gilimanuk command post for the search and rescue and Puskesmas at 11:00 pm on Tuesday.

The National Transportation Safety Agency (KNKT) is investigating the tragedy and will eventually file a detailed analysis of the sinking.

Bali’s Governor Wayan Koster, Provincial Chief of Police General Putu Jayan Danu Putra, and the Regent of Jembrana Nengah Tamba visited the Gilimanuk command post for the search and rescue and Puskesmas at 11:00 pm on Tuesday.