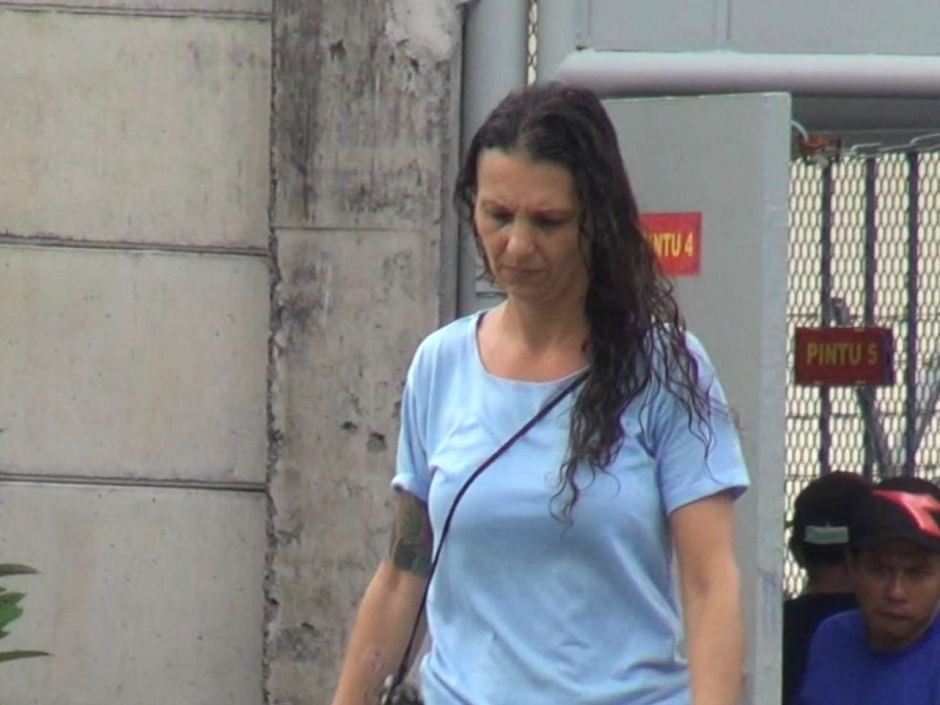 Australian Sara Connor, who was imprisoned with her paramour, David Taylor, for the 17 August 2016 violent homicide of Indonesian policeman Wayan Sudarsa, is set for release from prison and deportation back to Australia in July 2020.

A spokesman for the Bali Provincial Police, I Putu Surya Dharma, was unable to specify Connor’s release date, except to say she would walk free in mid-July.

As reported by Tribunnew.com, Connor was sentenced to four years in prison for her role in the policeman’s death. On appeal, that sentence was increased to five years.

Connor will be deported back to Australia by the first available flight after her release. Whether or not Connor will be blacklisted for a specified period or for life from visiting Indonesia is still under review by immigration authorities.

Meanwhile, prison authorities report that Sara Connor has transformed during her imprisonment. The Australian woman was depicted as emotional, combative, and uncooperative at the beginning of her five-year prison term. The head of the Women’s Section at Kerobokan Prison says Connor is now a changed woman. The women’s warden at the prison, Lili, says: “Her (Connor’s) emotional state is far different. In the beginning, she was temperamental if approached by fellow prisoners. She has now changed in even the way she speaks and behaves.”

Connor has filled some of her time behind bars learning to knit and crochet, studying cosmetology, and cutting hair.

Connor, who is from Byron Bay in Australia, has been estranged from her two sons during the four years of imprisonment.

Taylor, who received a longer six-year sentence in the policeman’s death, is housed in the male section of Bali’s crowded Kerobokan Prison. The couple reportedly no longer share a romantic relationship. Taylor is ten years older than 49-year-old Connor.

The murder of the affable and popular Balinese cop, Wayan Sudarsa, began when Taylor and Connor accused the policeman of stealing AU$300 from a handbag lost by Connor while drinking on the beach. Confronting the policeman who claimed no knowledge of the missing money, the two beat the policeman using a bottle and a pair of binoculars. After leaving the policeman unconscious on the beach, the two took Sudarsa’s wallet containing his ID.

Prosecutors had sought an eight-year sentence against Connor, claiming that the policeman died several hours after the bashing and might have lived had the couple summoned help. Connor initially sentenced to four years in prison, saw her sentenced increased to five years on appeal.

Detained since August 2016, she has been imprisoned for almost four years and was granted early release due to annual remissions granted to most prisoners for good behavior while in prison.

At trial, the couple insisted they were acting in self-defense in their altercation with Sudarsa. That defense was somewhat at odds with Connor’s claim that she only became involved in the fight as she tried to separate the two fighting men, suffering a bite from Sudarsa in the process.

Interviewed by Australian TV, Ketut Arsini, the dead policeman’s wife, said she had forgiven Connor and bore the Australian no ill-will. However, it’s unclear if Connor will make any attempt to meet and apologize to the policeman’s widow before departing Indonesia.