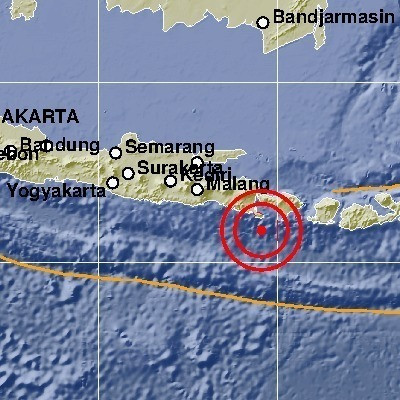 The Coordinating Minister for Maritime Affairs and Investment, Luhut Binsar Pandjaitan, has highlighted nine areas in Indonesia with a high potential for earth for earthquakes that should necessarily remain on alert in 2021 and beyond.

As reported by the State News Agency Antara, the nine areas that the Minister says are at greatest risk of an earthquake are Mentawai, Bengkulu-Lampung, the Sunda-Banten Straits, the Bali Straits, North Sulawesi and the Maluku Sea, Aceh, Sorong, Matano, and Lembang.

During a coordinating meeting for the National Disaster Mitigation Agency held in Jakarta on Thursday, 04 March 2021, while referring to the nine areas highlighted for a potential earthquake disaster, Luhut added, “We all need to be on alert.”

Luhut continued, explaining that the nine “at-risk” regions’ analysis is based on available data regarding active zones, seismic gaps, the history of past frequencies of quakes, and the magnitude of those quakes. Minister Luhut said: ‘When will this happen? We don’t know It could be 10, 20, 30, or 50 years in the—future –it can happen anytime. For instance, the Lembang Plate. We have heard many briefings on the danger of the shifting plate. This plate crosses the City of Bandung.”

Minister Luhut said that the Indonesian government had addressed the looming threat of earthquakes and tsunami in Presidential Regulation Number 93 of 2019 on Strengthening and Development of Information Systems for Earthquakes and Early Warning for Tsunamis (InaTEWS). Adding: “I ask my friends who are regional leaders. Governors, regents, mayors, and their subordinates to please read this regulation.” The Minister said greater synergy is needed between the Central Government, Ministries, and related agencies to implement the subject regulation.