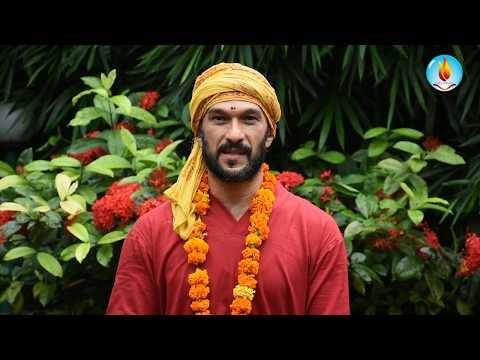 Barakeh Wissam – an Ubud-based new-age guru who preaches peace and enlightenment must now bring his message to new locales after being apprehended by Indonesian Immigration Officials who decided to deport the 45-year-old Syrian national.

In a press release issued by the Ministry of Justice and Human Rights, Wissam was found to have organized a gathering of more than 60 people between 5:00 pm and 6:00 pm on Thursday, 24 June 2020. The gathering, held in the Yoga Shala at the Aum House, Jalan Raya Bona, in Ubud, attracted more than 60 people crowding the 120-square meter octagon-shaped bamboo and wood structure.

This equates into a space of only 2 square meters for each of the meditating and chanting participants sitting close to one another and overwhelmingly not wearing face masks. When coverage of the event aired on social media, it ignited a powerful and angry reaction from both expatriates and local Indonesian. They saw the gathering as a flagrant violation of Bali and Gianyar Regency regulations on public gatherings and physical distancing.

Immigration report Wissam held a temporary stay permit valid until 11 November 2021, listing him as a director of PT Aum House Bali – doing business as House of Aum. Online the Syrian claims to be a life coach, Reiki Master, hypnotherapist, Yoga teacher, a neuro-linguistic programmer, a “Tapping Practitioner” using the EFT (Emotional Freedom Technique), and the founder of Taijitu House of Om in Dubai, UAE and Bali’s Soul Journey Retreats.

Based on the findings of immigration officials, the 24 June gathering was held without the permission of the surrounding traditional village, and in direct violation of the 2020 Emergency Regulations of the Indonesian Health Ministry and the instructions of Bali’s Governor limiting the size of any business gathering to 25 people and stipulating strict health protocols are observed. Photographs and videos of the gathering conclusively demonstrate a total disregard of protocols addressing physical distancing, hand sanitation, and facemasks.

Indonesian Immigration Officials’ decision to deport Barakeh Wissam was based on Section 75 Paragraph 1 of the Immigration Law No. 6 of 2011. That law says, “immigration officials have the authority to take administrative steps, including deportation against any foreigner living in Indonesia involved in dangerous activities that threaten public safety and order or that fail to pay respect or disobey rules and regulations.”

Underlining the seriousness of Wissam offense and his company’s reckless disregard for the Island of Bali and its people, the Bali Immigration Office emphasized the following points;

Bali Immigration Officials have seized Wissam’s travel documents and processed his paperwork for deportation. He is held in detention at Bali’s Immigration Detention Center (rudenim), awaiting a flight to return him to Syria. The detention period is initially for 30-days but can be extended each month, allowing the Syrian’s continuing detention until flight arrangements are available.

Respected Indonesian screenwriter, Jenny Jusuf, took to her Twitter account to call attention to the disrespect for public health and welfare show by those attending the yoga event. Posting at @jennyjusuf, she said: “The number of people [contracting] COVID-19 in Bali continues to increase. Do they even care?”

Wissam and @houseofom.bali on Instagram initially tried to deny the event took place, only to be shot down in flames when his disciples began making selfie posts. Wissam then decided to apologize, calling the entire gather “a big mistake” that was later reconsidered, deleted, and turned into an apology.

You claim you are spiritualist? You have abused this island. You don’t give a damn about our people.”

Members of the local community were not impressed. Niluh Djelantik, a local social activist, joined the fray, condemning the participants for their blatant disregard for rules and the endangerment to Indonesian lives posed by their actions. Pointedly adding: “You claim you are spiritualist? You have abused this island. You don’t give a damn about our people.”

Increasingly aware that he had riled the anger of many Indonesians and expatriates in Bali and offended officials trying to keep a lid on new infections, Wissam decided to visit the Regent of Gianyar’s office to make a formal apology. This was a case of “too little, too late” as Wissam was then taken into custody by Immigration Officers who, after a six-hour interrogation, formally issued deportation orders placed him into detention until a flight to Syria can be arranged.

The “House of Aum” is just the latest installment of foreigners misbehaving in Bali amid the COVID-19 Pandemic.

On Wednesday, 10 June 2020, Police officials in Canggu were forced to raid and order the closure of a beach party attended by hundreds of merry-makers at the Old Man’s Restaurant. The management of the bar openly ignored permission to limit attendance to no more than 25 customers. Videos and photos of the event showed a crowded gathering with almost total disregard for wearing face masks and physical distancing rules (see link).

Tudor Morrow, the Old Man’s Bar manager sheepishly explained that he didn’t expect special discounts on beer that he publicized on social media would draw the “larger than expected crowd.” Adding: “Unfortunately, due to the amount of people and the fact we were way understaffed, we were totally overwhelmed. We had all COVID-19 health and safety measures in place with regard to hygiene and social distancing, but unfortunately couldn’t stop the customers with our few staff.”