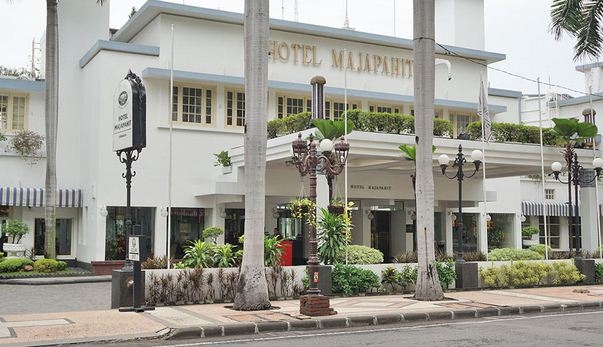 Kahar Saluman, a popular veteran hotelier in Bali who has worked on the island since 1999, has been appointed general manager of the prestigious Majapahit Hotel in Surabaya, East Java.

One of Asia premier properties and an Indonesian landmark, the Hotel Majapahit was built in 1910 by the Sarkies Brothers who opened luxury properties in Penang, Rangoon, Surabaya, and Singapore.

The 143-room Hotel Majapahit that opened as the Oranje Hotel in 1911, underwent a major renovation in 1996 that preserved its colonial-era charm in combination with all the comforts of modern-day 5-star luxury that earned the hotel a place on the Indonesian Registry of Cultural Sites.

Since graduating from Universitas Negeri Yogyakarta in 1986, Kahar Saluman has held a number of key management posts in Bali and across Indonesia. Most recently, he served as the general manager of the Saranam Resort after working as the cluster manager for three hotels (Novotel Banjarmasin, Ibis Style Yogyakarta, and All Seasons Bali Legian).

Other career assignments include the role of resident manager at the Le Meridien Nirwana and general manager of the Intan Village Hotel.