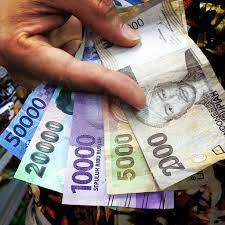 In March 2021, the Province of Bali experienced a month-to-month inflation rate of 0.52%. Inflationary pressures occurred in volatile food and administered prices, with the core inflation rate stable.

In March, a somewhat higher inflation rate is linked to some extent to the Hari Raya Nyepi (day of silence) celebrations and heavy rains during that month that affected crops and agriculture.

Meanwhile, core inflation rates remained relatively stable, increasing minimally by 0.04%. Prices in these areas are reflected in commodities such as baby diapers, leather for sandals, face cream, and t-shirts.

Bank Indonesia’s evaluation of inflation rates through March 2021 remained stable and under control. Yet, at the same time, several commodities, such as green chilies and red chilies, are trending higher together with other items like pork which is currently relatively expensive.

The Provincial Team for the Control of Inflation is cooperating on a regional and inter-provincial basis to optimize the use of cold and controlled storage facilities while urging the public to grow home gardens of chilies to counter inflationary trends. Separately, Bank Indonesia uses new technologies, such as e-commerce and digital farming, to help control market prices.