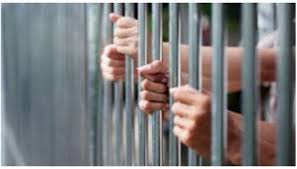 Beritabali.com quotes Kerobokan’s prison warden, Yulius Sahruzah, who said on Tuesday, 20 October 2020, that the mass Rapid Testing Program was undertaken to limit the spread of COVID-19 among the prison population. Adding: “There were several prisoned in ‘Blok B Sanur’ of the prison complaining of fever. Two weeks ago, in an anticipative step, we performed rapid mass tests among more prisoners.”

Yulius said an initial report from the prison’s doctor regarding 4 or 5 prisons running fevers with some inmates complaining of a loss of taste caused him to order 100 Rapid Tests. When 21% of those tested positive, tests for an additional 1,315 prisoners were ordered for both prisoners and prison personnel.

Yulius said that while waiting for the formal report on the testing conducted, prison authorities are also prepared to undertake PCR Swab Tests, as required.

While working to bring the situation under control, the prison has been placed on lockdown for the past two weeks. During the lockdown, the prison is not accepting any new prisoners and not allowing prisoner visitations. But, contact with the outside world continues via visits by lawyers representing those held in detention and the sending of food by family and friends to supplement the basic prison rations of food.

The Kerobokan Prison was originally opened in 1979 to house 300 inmates but is now severely overcrowded with more than 1,400 men and women held behind bars.