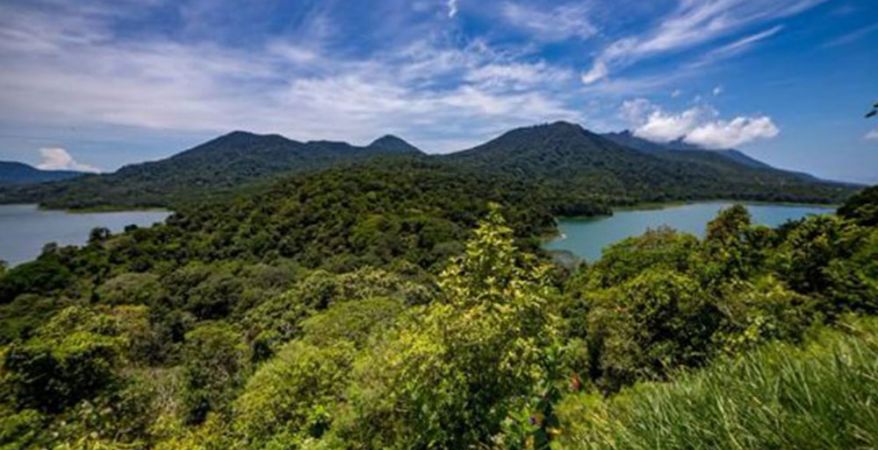 As reported by NusaBali, over the past eight months, the shorelines of Danau Buyan and Danau Tamblingan have both receded by as much as 200-meters from their former shorelines.

A traditional village elder at Tamblingan, Kadek Andi Restawan, says the decline in water levels at Danau Tamblingan began eight months ago in October of 2020. The long dry season and low rainfall recorded in 2020 are to blame for the water deficit. He says the situation is much the same at Danau Buyan, located just to the east of Danau Tamblingan.

“If measured from the shoreline, the water has receded 200 meters. In terms of water depth, the lake is now 4 meters shallower. This is much more than in earlier years. The waters always recede in the dry season, but the water levels return to normal during the rainy season,” said Andi on Sunday, 27 June 2021.

The Village Elder suspects the larger-than-normal water loss on the two lakes is connected to the destruction of surrounding forests and jungles caused by illegal logging near the Villages of Munduk, Gobleg, Gesing, and Umerjero.

Andi reported that in 2011 the depth of Danau Tamblingan was measured at 72 meters. Measured again in 2021, and the depth was only 38 meters.

The lakes supply water for many people living in Bali’s northernmost regency of Buleleng. Silting of the lake’s bottomlands is also creating a complex problem limiting the lake’s ability to retain water during the wet season and causing flash flooding across widespread areas.

Kadek Andi Restawan also lamented that the freshwater fish stocks found in the two lakes that provide an income to local villagers are becoming severely depleted. The local “Mujair” fish, which once heavily populated the two lakes, is becoming increasingly rare. The disappearance of the fish is blamed on predatory zebrafish.

Residents are hoping the government will restock fish for the two lakes to save the local fishing industry.