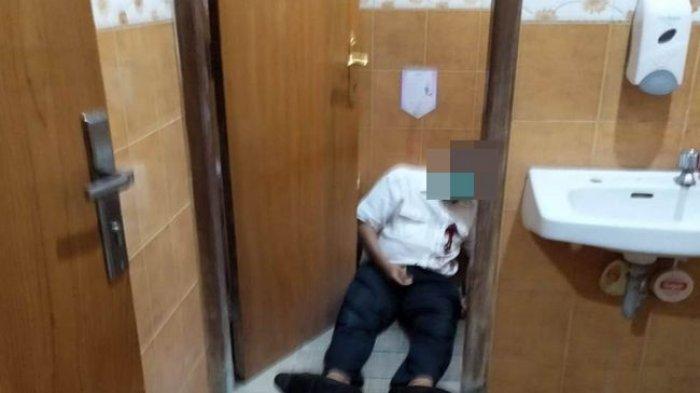 The former-head of The Bali The National Land Agency (BPN), Tri Nugroho (53), who was under investigations for corruption, apparently committed suicide at the Attorney Generals Office on Monday, 21 August 2020.

Nugroho was under investigation by State Prosecutors who had just advised of their plans to place him in custody at Bali’s Kerobokan Prison while their investigation continued. Asking to be excused to go to the restroom, the former BPN Official shot himself with an illegal firearm he was carrying in his bag. The Deputy-chief of the Bali prosecutor’s office, Asep Mryono, told Kompas.com, “We were walking for transport to bring him to prison when he asked permission to go to the toilet where he killed himself.’

Earlier, buildings and property owned by Tri Nugroho had been seized by prosecutors as evidence of corruption to be presented at trial.

Nugroho arrived at the Prosecutor’s office at 10:00 am carrying a small bag. He was asked to store the bag in a ground floor locker before proceeding to the second-floor interrogation room. When the interrogation was paused to allow Tri to have lunch and pray, he failed to return as promised to continue to interview.

Prosecutors subsequently launched a search, finding the man in his home at Gunung Talang in Denpasar. He was taken into custody and brought back to the State Prosecutor’s Office, where he was interviewed until 7:00 pm.

Officials waiting for Nugroho to reemerge from the restroom were alarmed by the sound of the pistol shot. They rushed to the lavatory to find the man collapse on the floor, bleeding from a self-inflicted gunshot to his chest. Brought to a nearby Bros Hospital, Tri Nugroho was declared dead on arrival.

The pistol found at the scene was of Turkish manufacture. It is illegal for private citizens in Indonesia to own firearms without special permits to do so. A search carried out at the Dead man’s residence later found a cache of illegal guns and munitions.

As reported by detik.com, the corruption case against the former BPN Offical began after an official audit by State Auditors (PPATK) in connection with a case in which he was suspected of receiving illicit payments for the issuance of a land certificate. After prosecutors had gathered physical evidence and witness statements, Nugroho was officially named a suspect under criminal charges of corruption, gratification, and money laundering committed when he served as the Bali head of BPN between 2007 and 2011. State Prosecutor Agung ST Burhanuddin has ordered a complete investigation of the corruption case, the apparent suicide, and security measure in operation at the Bali Prosecutor’s office