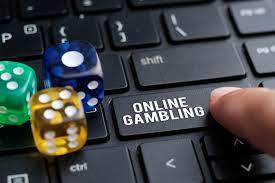 A police strike force headed by the chief of the Denpasar Precinct, Police Commissioner Bambang Yugo Pamungkas, raided a fourth-floor meeting room in an unnamed hotel on Jalan Kartika Plaza in Kuta Bali at 8:00 pm on Saturday, 13 August 2022, suspected to be the headquarters of an illegal online gambling operation.

As reported by Balipost.com and Beritabali.com, Police Commissioner Yugo told the press that police came to the location following reports from local citizens and the hotel’s management, who were suspicious of activities taking place in the hotel’s Orchid Meeting Room. Yugo confirmed that the Head of the Bali Provincial Police has ordered a crackdown on online gambling and that his officers continue reviewing the material gathered from the suspected gambling center.

The hotel’s management confirmed that the meeting room had been booked and used over the past several weeks. Police believe the party renting the conference room were locals currently sought by police.