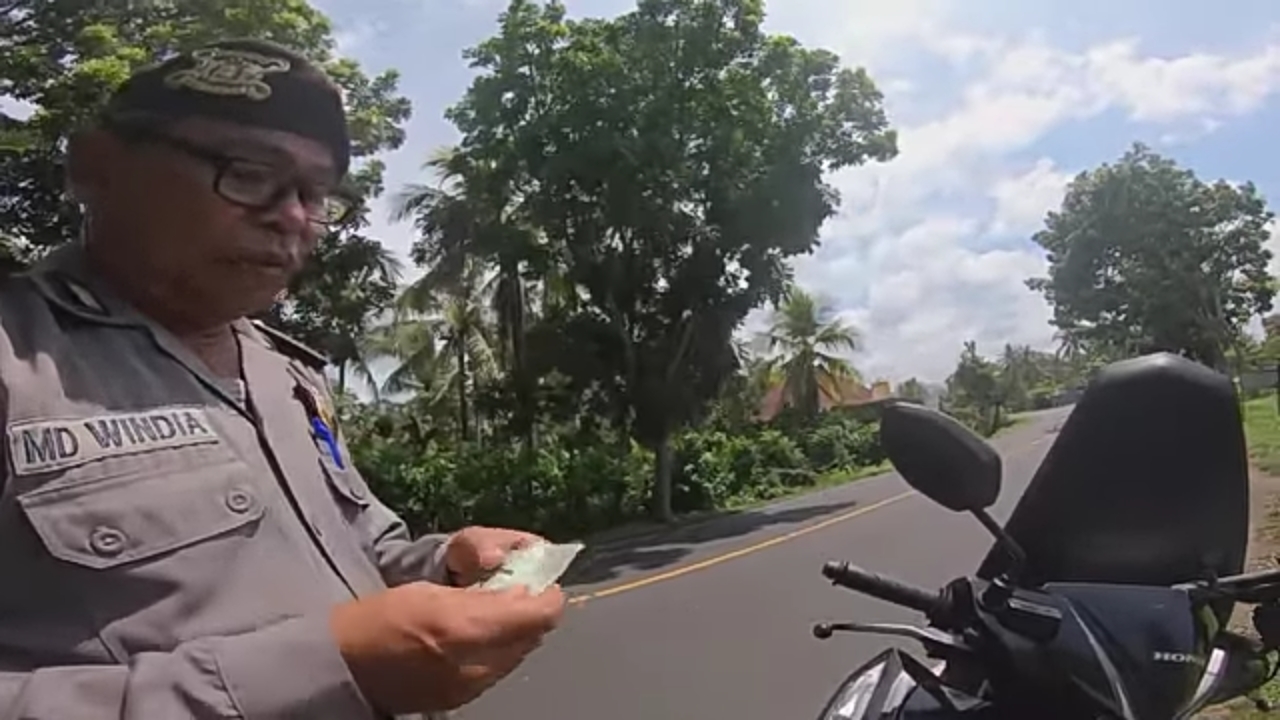 A video made by a Japanese tourist, purportedly in mid-2019, has gone virally fanned anger against MD Windia, a traffic policeman from the Pekutatan Police Precinct, caught on film extorting an Rp. 1 million bribe and later reduced to Rp. 900,00 from a Japanese tourist who filmed the incident and uploaded it to Youtube on 30 December 2019.

The 3 minute and 16 seconds long film records the voice and actions of traffic policeman Md Windia asking in English for Rp. 1 million because of a malfunctioning headlight and eventually agreeing to Rp. 900,000 illicit payment from a Japanese blogger and media influencer Style Kenji.

After viewing the video and press report, National Police headquarters recalled Windia to the Jembrana Police Headquarters, pending the results an ongoing investigation. A National Police spokesperson said there is no tolerance for any policeman who has soiled the reputation of the police by extorting funds from the public under the guise of a traffic safety campaign.

The lead spokesman for the National Police, Inspector General Raden Prabowo Argo Yuwono, said the incident happened in mid-2019 and confirmed that the Officer Md. Windia Police has already undergone interrogation. Without specifying the punishment that will be handed out to Windia, Argo said on Friday, 21 August 2020, “Police have already taken firm action against the Policeman in question.” Argo also apologized to the public if police officers continue to commit illegal acts, such as that captured in Jembrana on the Japanese tourists’ video.

Earlier, the head of the Jembrana Police Precinct, Ketut Gede Adi Wibawa, asked the public to report any illegal bribes asked by policemen working in Jembrana. Wibawa said the two ranking (Aipda and Bripka) policemen seen on the video had been reassigned to facilitate an official investigation.

The head of the Provincial Police for Bali, Inspector General Petrus Golose, has also reportedly given his full attention to the case and called for stern punishment to the officers involved.

As of 24 August 2020 more than 500,000 viewers had seen the corrupt policeman’s act on the Youtube channel of his Japanese victim alone.

Md Windia is scheduled to retire in January 2021. It is unclear if Windia will be demoted, imprisoned, or lose his pension rights because of the incident.