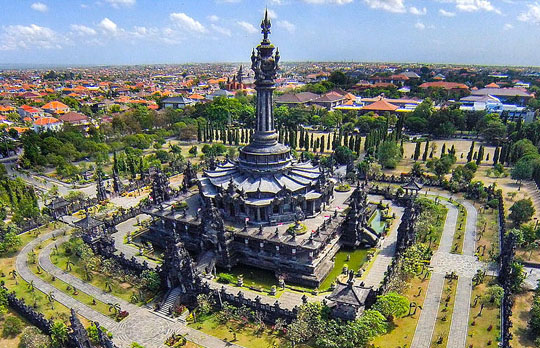 The Municipal Government of Bali’s Capital City of Denpasar has decided to postpone reopening parks and other public areas to maintain control on potential new cases and prevent the further spread of COVID-19.

Officials cite that infection rates continue to fluctuate widely, fueling their concern that large groups of people congregating in parks will result in new clusters of infections.

Quoted by NusaBali, the spokesperson for the Denpasar Task Force for the Mitigation of COVID-19, I Dewa Gede Rai, said on Thursday, 18 March 2021, said that although Puputan Margarana Field in Central Denpasar is the scene of limited activities, the Denpasar Government has chosen now is not yet the time to open public spaces.

Among the park areas still closed to the public are the Puputan Field, Lumintang Field, Taman Kota Lumintang, and children’s playgrounds remain off-limit and closed.

“Public areas are still closed to the public. The parks are not formally reopened. We must be careful in reopening the parks. Let’s not allow new infection clusters to be created. But, open areas for sports activities are operating as usual, said Dewa Rai.

Earlier, the Municipal Government had planned to reopen three public parks but had taken that decision under advisement for the time being, with a final review on reopening to take place shortly.

The imminent evaluation will decide if the parks will be open in their entirety or only partially. The decision will also dictate if the park will also be available for children and sports. Officials warn that if the parks are reopened, health protocols under strict supervision will form a part of any reopening.