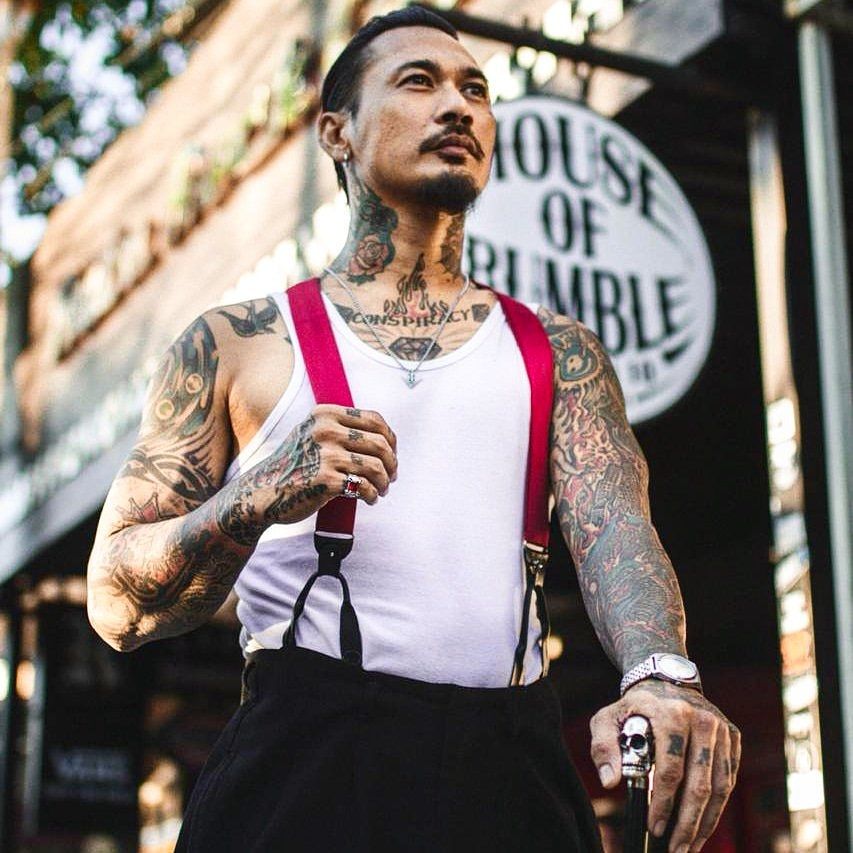 I Gede Ari Astina – more commonly known by his stage name of JRX when he performs as the drummer of Bali Punk Rock Band Superman is Dead – is involved in an ongoing criminal investigation conducted by the Bali Police. A criminal defamation complaint was filed on Tuesday, 15 June 2020, against JRX by the Indonesian Doctors Association (IDI) connected with postings he made on his Instagram Account @jrxsid. The IDI complaint alleges that JRX is guilty of inciting public hatred (hate speech) and defaming IDI’s reputation.

The criminal complaint against I Gede Ari Astina was filed on behalf of IDI by Gede Putra Suteja.

Suteja, who previously served at the Head of the Badung Regency Health Department, justified the police complaint: “In the (Instagram) posting, it was stated that the ‘IDI is a lackey of the WHO.’ That is an insult against the organization. Because IDI felt insulted by the statement, we reported (JRX) to the Police. If there is a criminal element to this, law enforcement will then follow up on the matter. If JRX says he did not intend to insult, we urge him to bring that justification to the Courts.”

Meanwhile, Police say they want to obtain background and details of JRX’s posting on social media in which the musician alleged that IDI and Indonesian Hospitals had become the “lackeys” (kacung) of the World Health Organization (WHO) by requiring members of the Indonesian public to undergo COVID-19 testing. JRX was apparently most vexed that pregnant women are compelled to take COVID-19 tests despite, in JRX opinion, that the testing method is seen as highly inconclusive by returning many “false positives.”

JRX ended his posting by pointedly asking: “If the test results cause stress with the potential result of causing death to the mother or her unborn child, who will be held responsible?”

A follow-on posting by JRX laid down the gauntlet further by demanding the dissolution of IDI, threatening he would continue his attacks until they explained their position on COVID-19 testing.

Police said that during the formal police interview conducted with JRX, the musician was asked 13 questions covering three primary areas of inquiry.

First, Police wanted to verify that the Instagram account @jrxsid belonged to the musician and that Gede Ari Astina made the subject postings.

Secondly, Police wanted to question JRX regarding his intent and the purpose of the postings seen as critical of IDI and calling into question how COVID-19 testing is carried out in Indonesia.

The third area of police inquiry focuses on JRX’s motive and intent in using an emoticon depicting a pig in a country where the majority of the population are Muslims – a group that views pigs as profoundly vile and unclean.

JRX’s response to the Police’s questions about the use of the pig emoticon in the controversial posting evoked humorous reactions among many social media users in Bali. Yuliar told the press: “When we ask why other postings by the musician did not include a swine icon, JRX said that at the time he was making the subject posting about the IDI, he was eating the traditional Balinese dish of suckling pig (Babi Guling).”

Police told the press that their investigation of the case continues, and JRX has yet to be formally charged with any crime.

A Matter of Freedom of Speech?

Commenting at police headquarters in Denpasar, JRX insisted he was exercising his right as an Indonesian citizen to be critical and offer his opinion. For this reason, he saw no need to offer any apology. Adding, as quoted by Beritabali.com: “I will not apologize because I bear no grudge or hatred. I have no desire to destroy the feelings of the members of IDI. I have no personal dislike or hatred towards IDI.”

Clarifying his initial criticism of IDI, JRX said: “Services in support of public health are being delayed because of the Rapid Test procedure. The Rapid Test results are inaccurate. This fact was conveyed by the Indonesian Hospital Association that issued a circular prohibiting mandatory Rapid Testing as a requirement for determining the public’s health. The prohibition was issued on 24 April 2020. What is happening in the field in Indonesia is at odds with the Hospital Association’s circular memo.”

Meanwhile, I Wayan “Gendo” Suardana, a well-known social and political activist who is serving as JRX’a legal counsel, told the press that the Instagram posting questioned by Police was valid social criticism. Gendo said that JRX had high expectations of IDI as the only organization representing Indonesian doctors recognized by the Government of Indonesia. Regarding the use of the word “kacung” (lackey) used by JRX in the posting, Gendo said the word’s use was subject to a variety of interpretations. Adding: “The word ‘kacung” is just a matter of interpretation. ‘Kacung’ in the KBBI (the official Dictionary of the Indonesian Language) means “pelayan” (literally, one who serves) and does not mean ‘slave.'”

Gendo said the side representing JRX continues to seek mediation. He views the problem as one of perception. In this regard, JRX’s comments were made as criticism. Gendo said mediation was needed to reconcile the two sides to the current polemic.

Finally, Gendo stated: “Once again, what JRX conveyed represents his hopes for IDI in their capacity as an ‘agent of change’ organization. JRX’s post asked IDI for an explanation of their requirement for Rapid Tests when such testing is not allowed by The Association of Hospitals. We do not want to go back and forth on this matter; we prioritize a family-style approach to conflict resolution. Criminalizing such a matter should be a last resort.”

JRX underlined Gendo’s comment, recommending that IDI open a direct dialogue, reminding all concerned that all things can be discussed in a civilized manner. This, he said, is especially the case given his assurances that he meant no insult to IDI in making his comments.

JRX closed, saying: “I have no personal grudge against IDI. I wholeheartedly believe IDI has the ability and intelligence to do something to change the current regulations. Because they remained silent, I called for an explanation.”