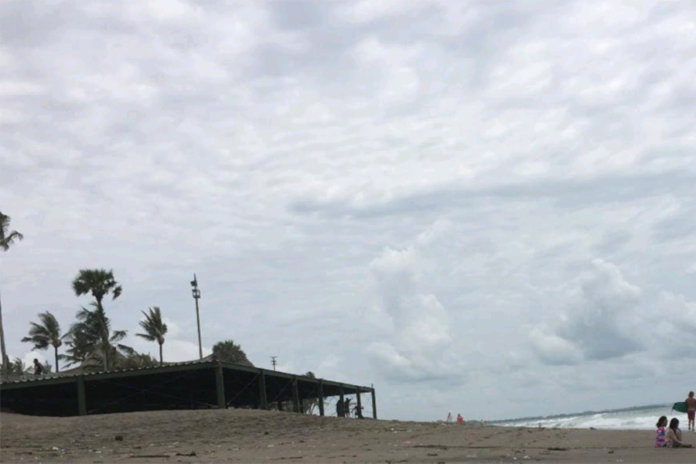 Bali Provincial Enforcement Officers (Satpol PP), in cooperation with their counterparts from the Regency of Badung, are surveying and recording beachside businesses and traders in the Berawa Beach area of Canggu, North Kuta, who are failing to comply with the minimum zoning setback rule of for structures of 100 meters from the high-water mark.

As quoted by the State News Agency Antara, the head of the Provincial Satpol PP, Dewa Rai Dharmadi, told the press on Monday, 07 March 2022, “The principle is that if we do not take action now, when will we do so? We can’t wait too long considering the way the panoramic view of the beach is being damaged.”

At the same time, Rai Dharmadi called on the public to do what they could and not try to appropriate public land to open a private business. For this reason, the Provincial Satpol PP is surveying companies and individuals suspected of breaking the law through the unauthorized use of public land and building structures standing too close to the shoreline.

In a survey visit lasting for three hours, the Satpol PP Team discovered 22 warungs and bars operating in violation of the law. From the 22 businesses, 17 identity cards (KTP) of “owners” were seized as a means of compelling those individuals to attend a more formal legal proceeding at a later date. Five illegal warungs and bars operators could not present a valid identity card (KTP).

Rai Dharmadi continued, saying: “If we’re only talking about an umbrella, sunbed, or one table, some leniency might be possible. But if someone has constructed a semi-permanent building or permanent building within the prohibited setback area from the shoreline, that is an infringement on public land.”

The Satpol chief says semi-permanent and permanent structures close to the shore destroy the beach panorama, particularly when tourists come to the beach to enjoy a sunset. The current steps taken by provincial authorities against businesses operating too close to the beach are being done due to complaints from domestic and international tourists and local residents.

Urged on by complaints from the public, Satpol PP has begun to move against beachside traders in Canggu, with other areas of Bali expected to follow. “This enforcement is a part of preserving the natural beauty of a tourism destination,” explained Dharmadi.

Dharma admitted many people setting up businesses on the beach had done so during the continuing pandemic due to the lack of any other gainful occupation to pursue. The Provincial official said that the beachside traders know that trading in the public right-of-way or setback from the high watermark is illegal. Adding: “Selling (in these areas) violates setback rules and reduces the size of the public right-of-way and violates the rules. We will therefore summon them and request they voluntarily demolish their businesses. Other matters, such as the possibility of relocation of their businesses to new locations can be discussed with the appropriate authorities.”

Rai Dharmadi emphasized that surveying beachside areas and identifying businesses that violate the 100-meter setback will be done on Berawa Beach and eventually spread to other popular beach areas of Bali.