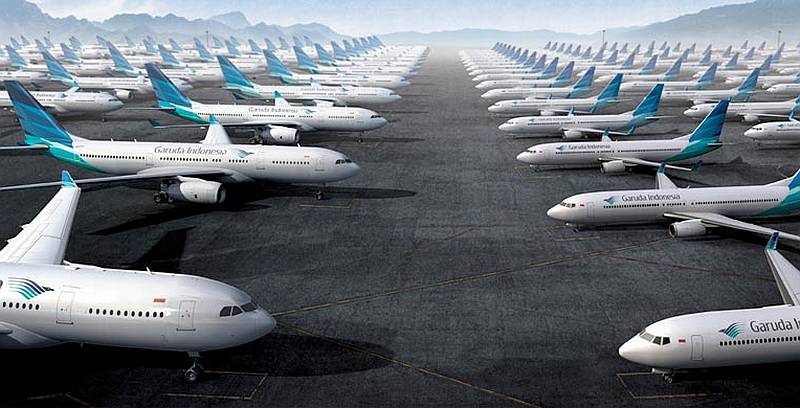 Balipost.com reports that the Indonesian Stock Exchange (BEI) suspended the trading of Garuda Indonesia Shares on the big board and all other share markets, effective Friday, 28 June 2021.

Also reported by The State News Agency Antara, the Indonesian Exchange (BEI) issued a formal pronouncement that the National Flag Carrier, trading as GIAA, had failed to distribute payments on sukuk share certificates that fell due on 03 June 2021. Moreover, a further grace period of 14 days for the payment until 17 June 2021 had passed without the required payments being made.

BEI sees Garuda’s failure to meet its obligations as an indication that the Airline is encountering problems in its continuing operations. A written statement by the BEI says: “In consideration of this situation, the Exchange has decided to temporarily suspend any trading of Garuda Indonesia shares (GIAA) in all markets effective 18 June 2021 until further notice.”

The decision of the BEI is made based on a written disclosure submitted by PT Garuda Indonesia (GARUDA/JKTDF/20625/2021) dated 17 June 2021 regarding a mandatory factual financial disclosure on the postponement of the payment of US$500 million in Garuda Indonesia Global Sukuk Certificates.

Before the recent suspension in trading, GIAA shares were trading in the penny-stock territory at only Rp. 222 per share, a decline year-to-date of 44.78%.