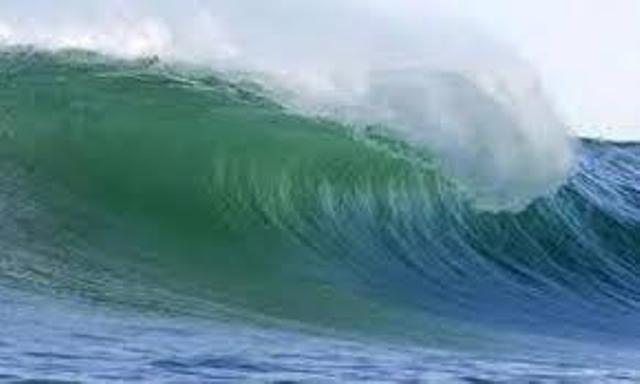 The Bali Office of the Meteorology, Climate, and Geophysics Agency (BMKG) is warning to expect high waves ranging as high a 6-meters washing onto the Island’s southern shores until 12-13 August 2021.

As reported in Balipost.com, the high wave action is being driven in North Indonesia by winds from the southeast to southwest, blowing at a velocity of 5 to 25 knots. Meanwhile, in Indonesia’s southern regions, winds will be from east to southeast at a speed of 5 to 25 knots. The highest wind velocities are forecasted in the waters north of Subang, surrounding Banten, and the southern areas of East Java, the Java Sea, the Banda Sea, and the Arafura Sea.

Larger waves measuring 4.0 – 6.0 meters are forecasted to occur in the waters north of Subang, the waters west of Aceh – the Mentawai Islands, the seas surrounding Bengkulu and West Lampung, the western Indian Ocean stretching from Aceh to the Mentawai Islands, the western and southern portions of the Sunda Straits, the waters south of Banten and Sumba Island, the Bali Straits – Lombok – South Alas, the waters surrounding Sawu Island, the southern Sawu Sea, and across the Indian Ocean affecting the southern shores of West Nusa Tenggara (NTB) and East Nusa Tenggara (NTT).

“There is a potential for high waves in these areas that threaten the safety of shipping,” warned Eko. For this reason, the BMKG is recommending the public to be on the alert, especially fishermen operating sailing ships in winds greater than 15 knots in seas higher than 1.25 meters. Barges should take caution before sailing into areas with winds greater than 16 knots with wave heights greater than 1.5 meters. Ferry vessels are advised to be on alert before sailing into seas where wind speeds exceed 21 knots and waves above 2.5 meters. Meanwhile, large ocean-going vessels such as cargo and cruise ships exercise caution before sailing in winds exceeding 27 knots with waves above 4.0 meters.

Eko called on the public living near seashores to practice extreme caution and avoid ocean activities in areas where high waves are a forecasted possibility.