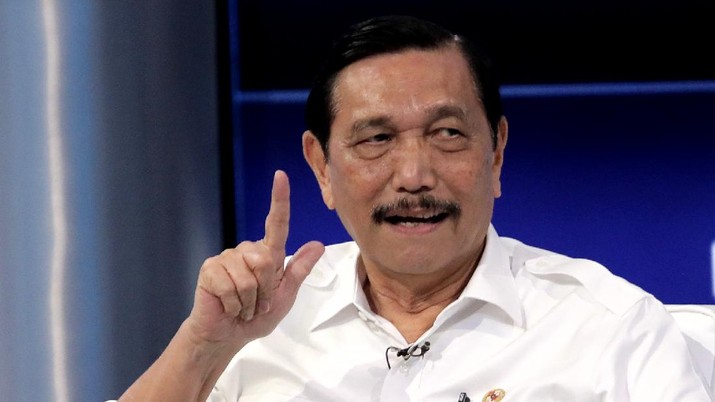 The Minister of Maritime Affairs and Investment, who also serves as the government’s COVID-19 Czar, Luhut Binsar Pandjaitan, has proclaimed a trend in declining coronavirus cases and a reduction in patients filling hospital beds to treat the disease.

Quoted by Tribunnews.com, Panjaitan, speaking on Monday, 23 August 2021, said: “The national trend has shown a positive decline of 78% since 15 July 2021. Meanwhile, Java-Bali cases declined 87.3% as of yesterday. If today is also good, then the number of active cases in Indonesia is down.”

Luhut continues to pursue its “3-T” program of Testing, Tracing, and Treatment to bring COVID-19 under control.

In addition, the government is aggressively promoting the use of face masks and asking the public to download and use its new online PeduliLindungi and SiLacak online applications.

The Minister said the applications are now used in shopping malls, places of industry, commercial air flights, and trains.

In anticipation of any potential new wave of COVID-19 cases, the government has increased the capacity of patient beds at hospitals.

The Minister said the government was in no rush to dismantle hospital capacity. Although the State Army Hospital (RSAD) was only using 20% of available patient beds, new capacity is still being added using army tents and other supports to prepare for any eventuality.

Living in the New Normal

Luhut said the government targets 100 million Indonesians to download the SiLacak and PeduliLindungi applications in 2021.

Luhut insists that the national economy showed signs of improvement during the middle period of 2021 because wide-scale programs limiting public movement (PPKM) are only gradually relaxed.

He urged all parties to be careful in participating in the increasing number of face-to-face meetings due to the many people who remain unvaccinated or fail to wear face masks.

Luhut said that the COVID-19 virus continues to mutate, necessitating the government to revise labor policies. Adding, “If we see the variants (COVID-19) mutating, it could mean that we will confront multiple waves of the disease in the future.” The Minister added that depending on the developing situation, Indonesia might need to revise how it manages the national government vastly.”

Luhut continued, saying the present national policymaking and management system does not adequately contemplate emergency situations. Citing just one example, the Minister said the chain of command from the Central Government to the Provinces and Regencies/Municipalities does not always operate smoothly. “This has required adjustments here and there. The handling of the “3 Ts” (Testing, Tracing, and Treatment) is not done on a single line,” he added.

The famously plain-spoken Minister warned that no government agency could consider itself greater than its counterparts in other agencies, underlining that the current situation demands collaboration and cooperation. “There is no one who is ‘the greatest.’ The great are those who can work within a team,” Luhut said.

A similar sentiment was sounded by the Minister for Home Affairs, Tito Karnavian. He called on all Indonesian organizations to join hands in confronting the COVID-19 pandemic. He said that the continuing health epidemic had precipitated other crises in other sectors of national life, such as the economy, finance, and social welfare. The Nation, he added, must jointly confront and address many issues, including the acceleration of the mass vaccination program.

“The population of our country is vast; we cannot compare apples to apples in comparing to small nations with populations of only tens of thousands, hundreds of thousands, or just a few million,” said Karnavian. The Minister warned that in a democratic nation like Indonesia, it is not only the government that holds the dominant role in achieving national development.

He said power in a democracy is held by the people who are guaranteed the right to express their opinions, gather in groups, and create associations and affinity groupings.

Karnavian said he hoped mass organizations would support and cooperate with the government and other stakeholder organizations to accelerate national development and solve disputes among the populace whenever they occur.