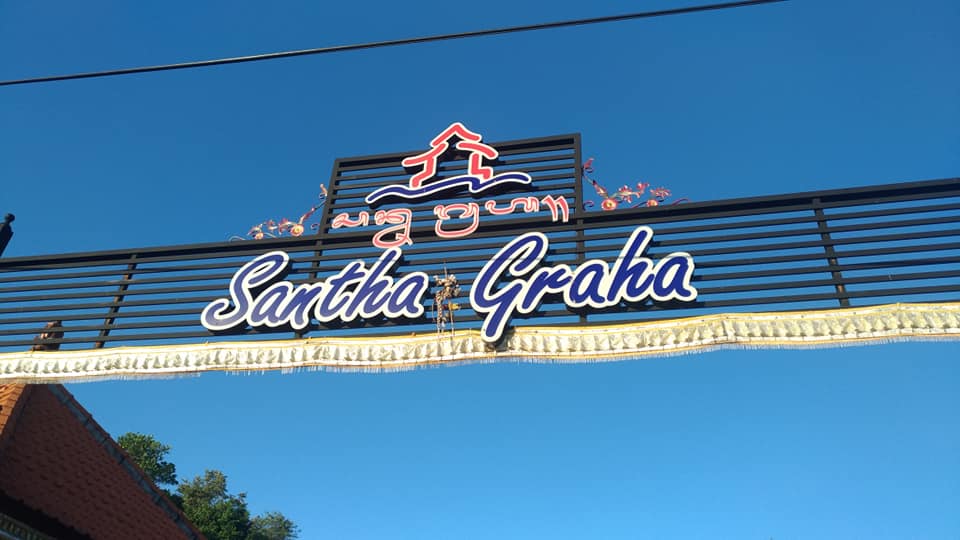 In the Bali-Hindu cosmology, death is viewed as a passage (“yadnya”) from one form of existence to the next. Death can also be analogous to a change of clothes or costume to a new wardrobe. The community performs the rituals connected with death to underline their shared religious beliefs and cultural outlook with the deceased.

To the Balinese, the sacred series of ceremonies and rituals that accompany death are received as a communal blessing and represent a shared obligation, necessary to maintain the tenets of Tri Hita Karana – in which cosmic balance must be maintained between Mankind and Nature, Mankind and God, and with every fellow members of the human race.

These sacred ideals, unfortunately, can sometimes go off the rails, and that which is sacred can be profaned by more materialistic viewpoints, such as the case reported by Radar Bali where two banjars in the Village of Panjung Tibah have forced the closure of the Santha Graha Crematorium owned by the Traditional Village of Bedha in the Tabanan Regency of Bali.

The closure was precipitated by the crematorium’s refusal to agree to a demand from the two banjars to increase the “contribution” for each cremation performed at the facility from Rp. 50,000 to Rp. 1 million.

According to the head (Bendesa Adat) of Bedha Village and the manager of the crematorium, I Nyoman Surata, the price charged at Santha Graha varies, depending on the type of funeral service rendered:

“The cost of renting the crematory is Rp.4.5 million,” said Surata,

Surata explained that people using the services of Santha Graha Crematorium also enjoy the use of an ambulance for transporting the remains of the deceased.

Surata continued explaining that residents of the Village of Bedha are given an Rp. 1 million discount on the cost of any “cremation package” and are also provided with complimentary ambulance transport.

The crematory manager said his facility is used on an almost daily basis. 5-6 cremations are conducted each day, with as many as 10-15 bodies processed on some days.

During the PPKM lockdown period, the number of family members and friends allowed to attend a cremation is restricted to prevent the formation of infection clusters.

The crematory also attracts patronage from Regencies beyond Tabanan, including the Badung, Denpasar, and Jembrana.

RadarBali reports that residents of two banjars in the Village of Pangkung Tibah have forced the closure of the crematorium. The two banjars are disgruntled, saying the Rp. 50,000 “contribution” paid for each funeral service is too little and must be increased to Rp. 1 million per deceased individual.

The Santha Graha Crematorium opened nine months ago at a construction cost of Rp. 1.5 billion.