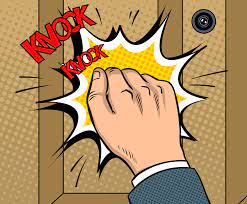 Indonesian culture has an almost overwhelming desire to see every single adult married. Accordingly, the law states that people should be married to a person of the opposite sex who shares their religious belief in a ceremony performed before a government registrar (catatan sipil) and, ideally, also by a religious-traditional celebrant.

People unfamiliar with Indonesian culture may find it hard to understand a situation in which a toothless, 86-year-old spinster, when asked if she’s married, can only respond by saying “not yet” (“belum”). Culturally, the woman to answer by saying the equivalent of “I am NOT married” would sound so strange to local ears that all communication would come to a screaming halt.

Legal matrimony remains a central theme of Indonesian society, a fact reflected in the final draft of the current revision of the Indonesian criminal code threatening imprisonment and fines for anyone found to be cohabitating with another adult outside the bonds of marriage. If ratified, this law may have far-reaching consequences on tourism in Bali and the rest of Indonesia.

Article 416 of the draft law prohibits cohabitation and consensual sex by unmarried couples, threatening large fines and six months imprisonment for being convicted of sex outside marriage.

One mitigating stipulation of the new law states that prosecutions can only proceed against an illicit non-marital-sex offense following a complaint made by a third party. The charge can be withdrawn or nullified at any time before going to trial.

At the current time, even before the new law goes into effect, law enforcement officials in remote regions of Bali and across the rest of the Republic show little mercy to those caught engaging in extra-marital sex. Local media reports frequently tell of unmarried couples, government officials, students, and unfaithful husbands and wives being apprehended in flagrante delicto or “in the act” of committing extra-marital sex in local hotels and villas.

It is unclear how the proposed new law against extra-marital sex will contradict Article 28 of the Indonesian Constitution, which protects individual rights and freedom. Also of concern is how this law might backfire and inflict significant damage on Bali’s recovering tourism industry.

For instance, just how the law will be applied in Bali’s large hotel and villa sector is troubling, with some insisting Bali police would close a “blind eye” as regards unmarried couples sharing rooms in Bali. But, the “law is the law,” and many travelers might suddenly find Bali and the rest of Indonesia an unattractive destination against even the faintest possibility that a prison term and a fine could follow the next knock on your hotel room door.

It is, of course, Indonesia’s right to establish and rigorously enforce its system of laws. However, at the same time, there would almost certainly be consequences on Indonesia’s efforts to develop international tourism resulting from the strict application of the new law.

The new Indonesian law seems to ignore trends in modern society. By whatever name, common-law partnerships or non-ceremonial marriages appear to be undergoing an upward trend globally. This includes Indonesia and Bali, where many young Indonesian couples share accommodation when traveling to major tourism areas.

Leading source markets for foreign visitors to Bali include large segments of people in long-term unions without the benefit of formal marriage certificates. Data from The Organization for Economic Cooperation and Development (OECD) show that growing numbers of people live in unregistered domestic partnerships, averaging from 10% to 30% in nearly all developed countries. What’s more, the average rate of unmarried couples living in non-registered unions grows higher among older couples and those with higher levels of education.

Australia is a leading source of tourists to Bali, where OECD data shows as many as 17% of couples over age 30 cohabitate in de facto relationships. By extension, it is logical to assume that many within this segment travel on holiday to Bali and book accommodation at the Island’s hotels.

If Article 416 of the revised criminal law prohibiting cohabitation by unmarried adults is rigorously enforced in Indonesia, questions arise about the impact on Bali’s beleaguered tourism sector? Will domestic and international guests be required to present “proof of marriage” at check-in? Will guests unable to present an acceptable marriage license be refused service? Will supervision measures now be implemented to monitor Bali’s large wedding planning industry to ensure that the bride and groom sleep in separate rooms until formally married, as seeming required by the new law? Will Bali law enforcement officials in the Island’s main tourist areas duplicate enforcement measures already in place elsewhere in Indonesia by conducting “surprise” raids of guest rooms to apprehend and arrest those involved in illicit conjugal relations?

But the most important question still to be answered is what effect Article 416 KUHP will have on Bali tourism arrivals and the Island’s standing as the world’s most romantic Island?

Knock, Knock, who’s that knocking on your hotel room door?