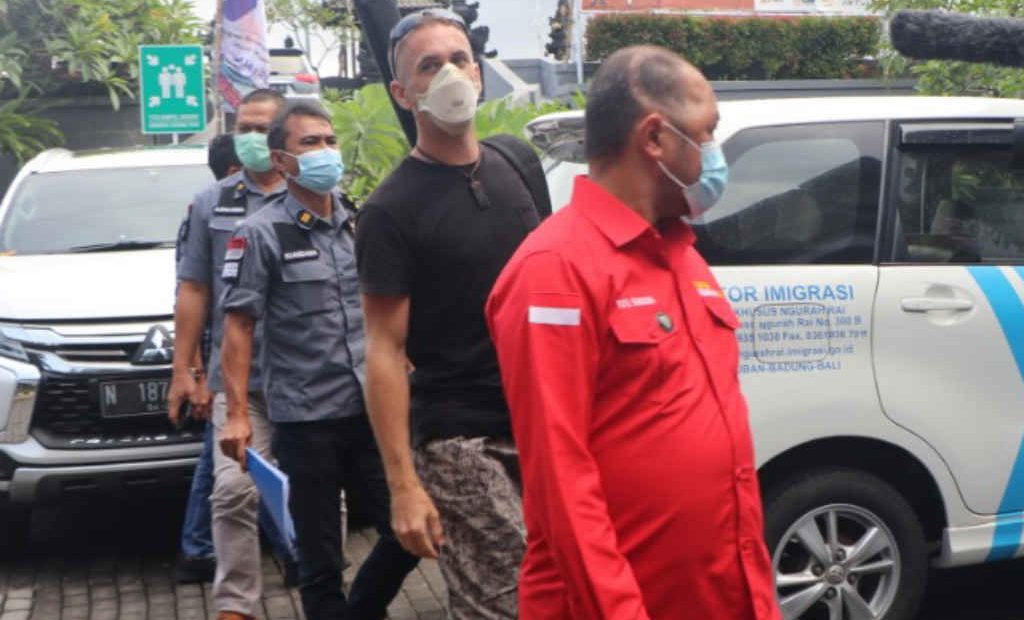 David James Taylor, an Englishmen convicted in the seaside murder of an on-duty Balinese police officer on 17 August 2016, was released from Bali’s Kerobokan Prison and Indonesia Immigration Authorities on the evening of Friday, 12 February 2021, flown to Jakarta, and then deported back to the UK shortly after midnight on 13 February.

Taylor, and his Australian paramour Australian Sara Connor, were both convicted in the brutal beating murder of Wayan Sudarsa, a policeman patrolling the beach in front of the Pullman Hotel on Kuta Beach. The incident began when the couple became intoxicated while sitting on the beach watching fireworks displays. Sara lost her handbag somewhere on the beach and incorrectly accused Officer Sudarsa of stealing her belongings. The drunken couple then proceeded to search the policeman forcibly. Angry that they could not find Connor’s wallet and that the policeman persisted in claiming no knowledge of its whereabouts, the two set about beating the man. During the assault, the tourists smashed the policeman’s head with their beer bottles. A forensic examination of the dead policeman’s uniformed body counted 42 wounds inflicted in the struggle.

The two foreigners left the policeman unconscious on the beach, failing to summon assistance that might have saved his life. They also stole the policeman’s wallet containing Rp. 2,000, his ATM card, police identification, and handphone.

Fleeing the scene in a panic, Connor and Taylor later tried to burn the policeman’s wallet and its contents in order to evade escape.

Following a trial in the Denpasar Court, David James Taylor was sentenced to 6 years in prison, which ended, less various remissions on Thursday, 11 January 2021.

Sara Connor was sentenced to five years in prison in 2016 after appealing her initial sentence of four years. She was released in July of 2020 and deported back to Australia.

Connor and Taylor reportedly became estranged during their stay at the Kerobokan Prison.