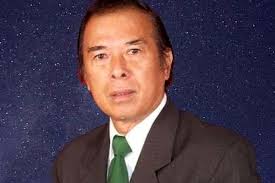 As reported by Beritabali.com, Dr. Wirawan, aged 71, died following a diagnosis of COVID-19.

Dr, Dewa Nyoman Wirawan was a full professor in public health at the Medical Faculty of Bali’s Udayana University and co-founded the Kerti Praja Foundation in 1992. The foundation seeks to improve the Balinese community’s health through health education, provide basic health services, conduct research in medicine and public health, and alleviate poverty in the community. One of the Kerti Praja Foundation’s main focus areas is sexual and reproductive health, working with “at-risk” communities, such as sex workers and intravenous drug users. A full-time staff provides HIV testing, testing for sexually transmitted disease, and ARV (antiretroviral) treatment.

Commenting on his colleague and mentor’s death, Dr. Made Ady Wirawan, chairman of the Public Health Faculty at Udayana University,  said the late professor’s field of professional expertise was epidemiology. He also commented on how he had served as a pioneer in the family planning program’s early days.

Professor Dewa Nyoman Wirawan was born in Singaraja, North Bali, on 10 October 1948 and once served as the chairman of the post-graduate program in public health and a senior lecturer in the Department of Preventive Medicine.

Commenting further, Dr. Ade Wirawan remembered the late and similarly-named Dr. Wirawan as an important world figure in the battle to prevent the spread of HIV/AIDS. Fellow scientists much admired the epidemiologist for his commitment to assist marginalized groups in controlling the spread of HIV/AIDS, such as commercial sex workers, men who have sex with men, intravenous drug users, and other people on the fringes of society.

The late doctor commenced his pension period in October of 2018 but remained active in conducting research and guiding fieldwork in his epidemiology specialty. In 1975, Dr. Dewa Nyoman Wirawan received his Doctorate and in 1979 a Master’s Degree in Public Health (MPH) from the University of Hawaii.

The chairman of the Forum Peduli AIDS Bali, Dr. Oka Negara, said the late Dr. Wirawan was a legendry epidemiologist and a world-caliber worker in preventing the spread of AIDS. Adding: “The virus (COVID-19) has defeated the spirit of a fighter. I, we, and the world have suffered a loss. Our grief is deep. Farewell, dear teacher. His name, service, good nature, and all he did to inspire us will be remembered and continued into the future. ‘Amor Ring Acintya Prof Wirawan.'”