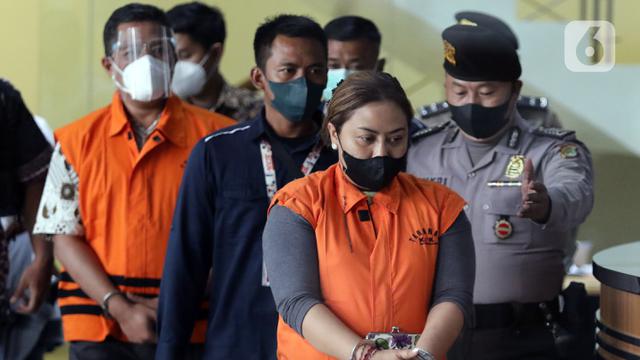 On Tuesday, 23 August 2022, a tribunal of judges in Bali’s capital of Denpasar sentenced the former Regent of Tabanan, Ni Putu Eka Wiryastuti, to 2 years in prison and levied a fine of Rp. 50 million. Failure to pay the fine will add one month to the prison sentence.

As reported by Beritabali.com, Eka Wiryastuti said she remained thankful despite the Court’s guilty verdict and sentence. “Although I am wrong, I am thankful and proud that I have been able to do something for Tabanan,” Eka told the media following the sentence. Adding: “Of course, I am thankful (because the sentence was less than that demanded by prosecutors). In this life, we have much to be thankful for.”

The head of the three-judge panel, I Nyoman Wiguna, said that Eka Wiryastuti had been entirely and fairly found guilty of having bribed Yaya Purnomo and Rifa Surya, staff of the Director General of the Ministry of Finance, in the amounts of Rp. 600 million and US$ 55,300 to secure their endorsement of the regency’s official budget for regional incentives for the Regency of Tabanan in 2018.

During the trial, Eka Wiryastuti heard prosecutors call for a four-year prison sentence.

In rendering the sentence, the panel of judges said their sentencing decision was weighted negatively by the fact Wiryastuti had never openly admitted her crime. Meanwhile, her sentence was mitigated because her actions were intended to assist the development and improvement of the welfare of the people of Tabanan.

Separately, Wiryastuti’s attorney, I Gede Wira Kusuma, stated that he appreciated the light sentence but regretted that the judges’ final decision was far removed from the facts presented to the Court.

Continuing, Kusama pointed out that regarding giving bribes, Eka Wiryastuti did not know Yaya (Purnomo). Still, despite this fact, the judges determined that was some sort of agreement between Eka and Nyoman Wiratmaja (former special staff for Eka Wiryastuti) and Eka.

Wiryastuti has one week from her sentencing to advise the Court if she accepts her sentence or will file an appeal.