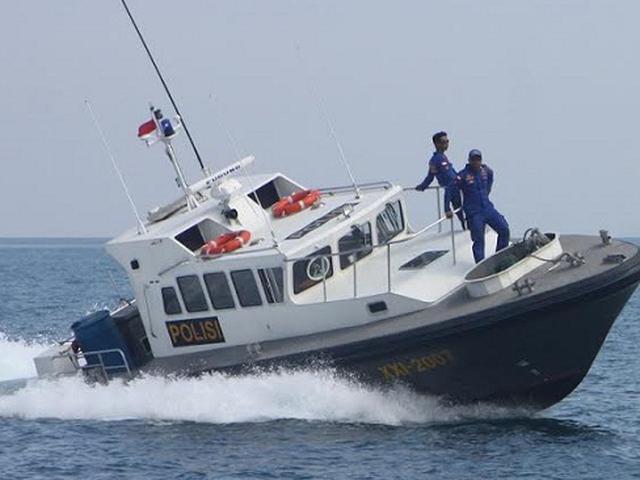 Bali’s Provincial Chief of Police, Inspector General Putu Jayan Danu Putra, who was appointed the Island’s top policeman on 16 November 2020, provided an overview of the water jurisdiction areas under his police command.

Quoted by Balipost.com, General Danu Putra claims the 420 square kilometers and seven islands comprising the ocean territories of the Province of Bali are scenes of frequent seagoing mishaps abd crime.

According to the General, Bali’s seas are an area of high criminal activity such as illegal fishing, destructive fishing (i.e., fish bombing), and illegal narcotics smuggling.

To enhance the safety and security of Bali’s territorial waters, the National Police Command, on Tuesday, 28 September 2021, gave a KP XI-2017 Fast Boat to the Provincial Water Police.

At the handover ceremony for the new boat, the Provincial Chief of Police congratulated the Bali Marine Police (Ditpolairud) on winning the trust from the National Police Headquarters to operate the new powerful and sophisticated vessel. The new boat brings to 11 the total number of patrol boats used by Bali’s Provincial Police in law enforcement in the Island’s surrounding waters. The General said he hoped all the ships under the command of Bali police would be well maintained to optimize their role in keeping the territorial waters of Bali safe.