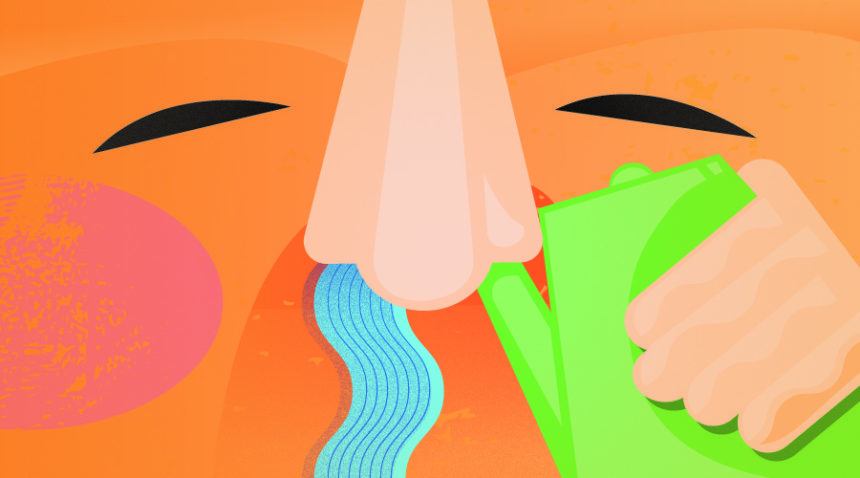 An ENT Specialist from Bali’s Sanglah General Hospital, dr Sari Wulan Dwi Sutanegara, recommends nasal irrigation as a safe means of preventing COVID-19 or other viruses from establishing themselves in a human host.

Also known as nasal lavage, nasal douche, or in Indonesian as “gurah” – nasal irrigation is a personal hygiene practice in which the nasal cavity is flushed clean using an isotonic saline solution.

As reported by NusaBali, Dr. Sutanegara argues the seldom-used nasal irrigation procedure can prevent a whole range of viruses, including the Coronavirus, from establishing a foothold in the human body.

Defending her medical viewpoint, Dr. Sutanegara says in a Youtube commentary uploaded by the Sanglah General Hospital: “The upper respiratory system, especially the nose, must function properly. The mucociliary cleansing system carries out the active defense mechanism of the upper airway. All bacteria, germs, and viruses inhaled into the respiratory tract will be trapped and stick to the thick liquid or mucus. Then it will be removed by the cilia towards the nasopharynx.”

If, however, proper care of all respiratory tract components is neglected, the ENT specialist contends that the ability of mucus and cilia (nasal hair) to work correctly is impeded and a vital epithelium barrier is compromised. As a result, the body’s natural immunity to fight off viral infections can be reduced.

“Based on the research, it is known that the spread of the Coronavirus is mainly through the respiratory tract and respiration. It is estimated that this virus will remain for 3-4 days in the upper respiratory tract, before descending into the lower respiratory tract. Therefore, maintaining the upper airway is an important first step that must be accomplished,” explained the well-respected ENT doctor.

Nasal irrigation is a technique highly regarded by professional opera singers used to enhance the “head voice.” It has also been shown to help allergy sufferers by removing pollen, household dust, and animal follicles. Medical practitioners who favor the method, such a Dr. Sutanegara, believe nasal irrigation prevents the appearance of various illnesses found in the respiratory tract, including nasal and sinus infections. Regular irrigation is also said to enhance the nasal cavity’s moisturization and the body’s natural immune system.

Because of this, Dr.Sari Wulan Dwi Sutanegara recommends that during the current pandemic people undertake nasal irrigation and cleansing as often as possible, particularly after returning to the home after performing outside errands.

Continuing, the Doctor said: “The nose-washing technique is not only used when sick but can be done daily. When someone is healthy, it can be performed twice daily. While COVID-19 remains on the march, it is better if the frequency of performing a nose wash should be increased. Performed every time you just returned home or after traveling. By regularly washing the nose, it can ta the vert least eliminate bacteria or viruses from the upper respiratory tract and noses.”