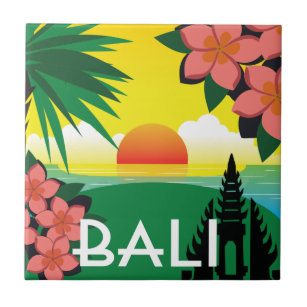 Travel.detik.com reports that Miss Global Indonesia 2021, Olivia Aten, recently recommended via a post on TikTok five locations on the Island of Bali that she claims the people of Bali consider the most beautiful.

The five most picturesque and beautiful spots in Bali recommended by Aten were:

She described Karangasem as an “anti-mainstream” destination in Bali, offering rice terrace views in Sideman that rival those found in Ubud, Central Bali.

The rice terraces of Sideman and how they interact with the morning light in Bali were immortalized by the German Artists Walter Spies in the 1930s.

Pantai Nyang Nyang or Nyang Nyang Beach, located in the Village of Pecatu in the southern part of the Bali Regency of Badung, was once saluted by CNN as ranking among the world’s most beautiful beaches,

A beach close to Bali’s main tourist areas, Nyang Nyang Beach can be accused of “hiding in plain sight.” Visitor numbers are diminished, to some degree, by the need to descend hundreds of steps down a cliff face to reach the water’s edge.

This beach offers beautiful expanses of beach and is a favorite local for surfing enthusiasts.

Tucked away in Bali’s northernmost Regency of Buleleng in the Village of Wanagiri – Sukasada District, the beautiful cascading waterfall of Banyumula descends a sheer rock face, was only opened to the public in 2015.

At the waterfall’s base is a refreshing and clear 2-meter deep pond. The water is so clear that the bottom of the natural pool can be seen.

A one and one-half hour drive from the main tourist areas in Bali’s South, Kintamani can rightly claim to be a “volcano within a volcano.” The road that circumnavigates the large volcanic lake is the rim of an ancient volcano. Nestled at one end of Bature Lake is the still-active Mount Batur Volcano (1,717 meters). Batur is, in fact, a volcano at the center of two concentric calderas located northwest of Bali’s sacred Mount Agung (3,031 meters).

The shoreline of 16-square kilometer Lake Batur that fills the crater offers visitors many interesting discoveries. Its northern shore is the starting point for trekkers wishing to climb the still volcanically active Mount Batur at sunrise. After the climb and suitably saturated in sweat, visitors will often pause to immerse themselves in the well-organized hot springs at Toya Boykah situated at the water’s edge. On the opposite shore of Lake Batur and only approachable by boat is the mysterious Bali Aga Village of Trunyan.

Trunyan traces its history to a time and tribe that predates the modern Hindu settlement of Bali before the 10th century. Peculiar to Trunyan, the dead are neither buried nor cremated but instead left to decompose in the open air below a sacred tree that locals claim deodorizes the atmosphere from any hint of putrefaction.

Very much “on the in” with hipsters and digital nomads, the once quiet seaside village of Canggu is now home to a contagion of boutique hotels and restaurants. Popular nightspots now populate Canggu Beach and, despite the local pandemic constabulary’s best efforts, often remain open until the wee hours.