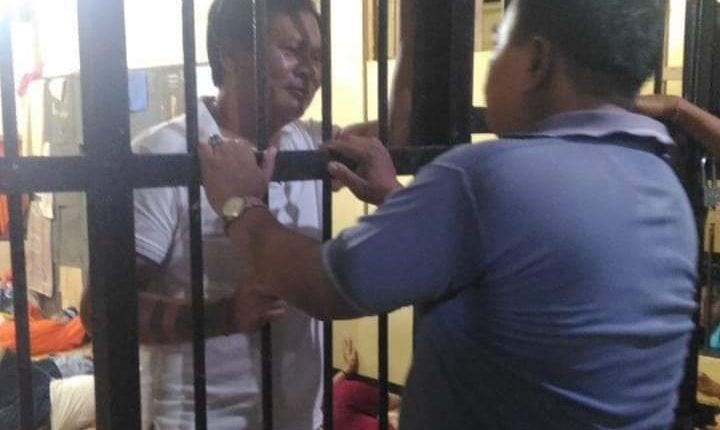 NusaBali reports that the imprisonment of disgraced former Deputy-Governor of Bali (2013-2018), I Ketut Sudikerta (53), has been extended. Sudikerta will remain in prison while waiting for a formal decision from the Indonesian Supreme Court on an appeal of his 28 June 2019 conviction for fraud and money laundering amounting to a value of Rp. 150 billion.

The period of imprisonment was extended to allow the Supreme Court to rule on the former Deputy-Governor’s legal appeal.

Sudikerta has been in jail since 04 April 2019 and has served 15 months in prison, including the time from arrest until sentencing.

Sudikerta’s received a sentence of 12-years prison and fined Rp. 5 billion. This sentence was reduced by the Denpasar High Court to just 6-years and Rp. 500 million.

Public prosecutors have appealed against the lower sentence to the Supreme Court that can, at their option, dismiss the charges altogether, affirm the High Court Sentence, or impose a whole new penalty against Sudikerta.

Background on the State’s Case Against Sudikerta

In 2013 the former Deputy-Governor Ketut Sudikerta, in collusion with AA Ngurah Agung and Wayan Wakil (tried separately), sold two parcels of land to PT Marindo Investama – a subsidiary of the PT Maspion Group. The two pieces of land at Balangan Beach, measuring a total of 41,950 square meters, were sold by Sudikerta to PT Marindo.

Following a negotiation process that began in late 2013, PT Marindo Investama paid Rp. 150 billion for the two parcels of land. PT Marindo Investama subsequently learned that the land title for one of the land plots measuring 38,650 square meters had been falsified. Meanwhile, the remaining parcel of 3,300 square meters had already been sold by PT Pecatu Bangun Gemilang to another party.