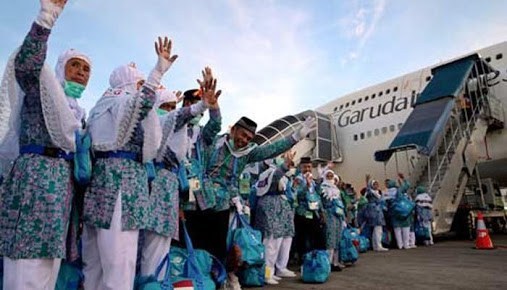 Garuda Indonesia’s president director, Irfan Setiaputra, lamented the government’s decision to cancel the haj pilgrimage for the current year, resulting in another very negative impact on the income of the national flag carrier. Setiaputra said that haj pilgrimages usually account for 10% of the Airline’s annual income.

Quoted by TEMPO.CO, Garuda’s CEO, said: “If the haj pilgrimage is canceled, it will lead to a significant drop in income because 10 percent [of the Airline’s income] is lost. This is a huge blow for Garuda.”

Setiaputra’s comments were made during a virtual press conference held on Friday, 05 June 2020.

Irfan Setiaputra said that three of the busiest and most profitable business periods of the year for Garuda are the haj pilgrimage, the Eid al-Fitr holidays, and the year-end holidays.

Moreover, Garuda has invested heavily and made ready 16 wide-bodied aircraft to serve the Haj Season comprised of Boeing 777 and Airbus aircraft.

However, on 02 June 2020, Indonesia’s Religious Affairs Minister, Fahcrul Razi, announced the cancellation of the hai pilgrimage for 2020 due to the COVID-19 Pandemic and the resulting reluctance of the Saudi Arabian Government to host a massive influx of visitors at this time.