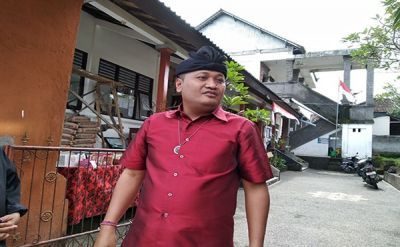 In Bali, I Made Mahayastra, the Regent of Gianyar told the State News Agency Antara the Regency would not issue a single operating license to any national mini-market chain in his district. Mahayastra defended this embargo because Gianyar has an over-supply of nationally-branded mini-marts and the accompanying need to allow local mini-markets a chance to expand their businesses.

“Since becoming Regent, I have never issued a license for a national mini-mart (toko modern). What I mean by a ‘toko modern’ is a shop backed by a national or multi-national network,” explained Mayayastra.

The Tenten Mart is part of a growing portfolio of Village-owned enterprises held by the Traditional Village of Adat Gawang with an estimated value of Rp. 145 billion. The village-owned businesses include the Gawang Art Market, a traditional market, a bottled water company, and the Tenten Mart. Profits from these businesses fund religious ceremonies, the renovation of temples, donations to local banjars, and the donation of sacrificial animals for selected ceremonies.