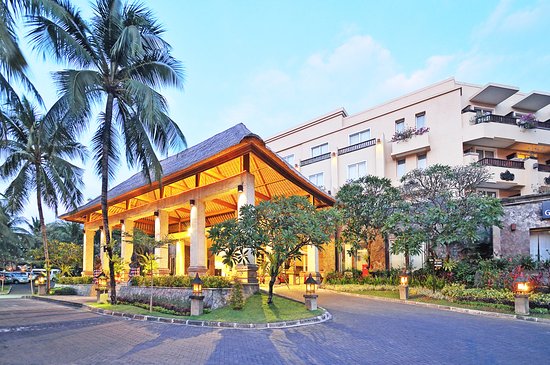 Due to the lack of even a single bidder, the Bali Courts, on behalf of the Denpasar State Property and Auction Service Office (KPKNL-Denpasar), suspended an auction of three land use permits (SHGB) held by PT Geria Wijaya Prestige/GWP (Hotel Kuta Paradiso) and comprising the 250-room 5-star Hotel Kuta Paradiso in Bali.

Beritabali.com reports that Matilda, Clerk of the Denpasar District Court, in closing the planned auction, stated on Tuesday, 06 October 2020, that the auction involving the Hotel Kuta Paradiso could not continue, because until the auction was held, no prospective buyer had registered.

In calling the auction process to a halt, Matilda said that the Denpasar District Court was open to both parties, both the applicant for execution (Alfort Capital) and the respondent for execution (PT GWP), to continue the legal process.

“Please feel free, the Denpasar Court is open to accept any future development (from either the plaintiff or the respondent),” declared Matilda.

As stated on the official website of the KPKNL-Denpasar, an auction had been set for Tuesday, 06 October 2020, using a closed bidding system that had been established for three plots of land and the buildings to be sold in a single lot, known as the Kuta Paradiso Hotel. The auction was to be held at the Denpasar District Court.

The bid-offer stated the subject land and buildings were offered on an “as is” basis with the added provision that any potential winner of the bidding process could not hold the KPKNL-Denpasar responsible, at any time in the future, if a third party sued them.

Before the auction, the Deputy Chairperson of the Indonesian Consumers Rights Foundation (YLKI), Sudaryatmo, had warned all parties not to be tempted to buy the Kuta Paradiso Hotel in Kuta, Bali. The warning was issued because the subject assets are still embroiled in a complex legal dispute regarding outstanding amounts claimed by PT GWP – as the Hotel Kuta Paradiso’s owner and operator.

Regarding the planned auction of the Hotel Kuta Paradiso, Fireworks Ventures Limited expressed its objections to the latest auction in its capacity as the “owners” of PT GWP’s account receivables purchased at an auction of credit assets by the Indonesian Bank Restructuring Agency (IBRA) via Credit Assets Sales Program (PPAK) VI in 2004.

Fireworks Ventures Limited has registered its legal objections with the Denpasar Court on Monday, 28 September 2020, opposing the formal announcement of the proposed auction by KPKNL-Denpasar.

Berman Sitimpul, the legal representative of Fireworks Ventures Limited, earlier stated that his client had purchased the debts owed by PT Millenium Atlantic Securities to PT GWP in a government auction held by PPAK IV in 2004.

Berman explained that PT GWP’s credit or receivable assets originated from the Indonesian Bank Restructuring Agency (IBRA) Credit Agreement No. 8 signed on 28 November 1995. The sale of the assets was the result of the signing of the Collective Agreement by seven syndicated member banks, comprised of Bank PDFCI, Bank Rama, and Bank Dharmala (which merged into Bank Danamon) as well as Multicor Bank, Bank Finconesia, Bank Arta Niaga Kencana, and Bank Indovest.

Berman said: “IBRA settled PT GWP’s receivables by selling them through an auction in PPAK VI in 2004 which PT Millenium Atlantic Securities won. Then in 2005, this purchased asset was transferred to Fireworks Ventures Limited. We are dealing in (legal) documents here, not someone’s opinion.”