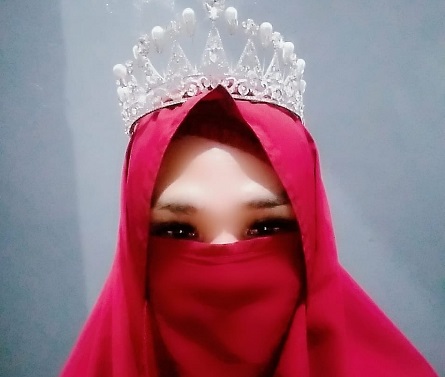 The latest addition to the “Bali X Files” originates from nearby Lombok, where the romance and luster of the wedding night were forever lost for two newlyweds in Kediri, West Lombok.

Muhlisin, a religiously pious young man of 31, had presumably kept himself chaste in anticipation of the consummation of his marriage to his bride, Mita (26), on Thursday, 02 June 2020.

Reports in Beritabali.com say the couple met on social media where Mita, like so many social networking users, had taken “certain” liberties with the truth in creating an online persona.

As police retell the sad tale of love and deception, the couple’s online romance blossomed, leading quickly to an agreement to marry in Muslisin’s home village in the Kediri region of Lombok. The simple wedding was held before Muhlisin’s family and friends.

The couple had agreed to marry following the “Pernikahan Siri” tradition – an Islamic ritual of discreet matrimony that bypasses attending a mandatory official bridal registry in favor of a “less-legal” exchange of vows before a limited circle of family and friends. A “Siri” union holds with the traditional belief that any marriage can be sufficiently sanctified, providing it is known and publicized within the community.

Unnoticed during the ensuing informal exchange of vows before a simple family gathering was that “something” was not quite “right” concerning the bride and groom. It seems the polite and respectful young man had not noticed during his online courtship that his bride-to-be Mita was, in fact, a man.

On the wedding day, when the couple took polite leave of well-wishers and retired to their bedroom for the much-anticipated “first night,” the marriage suddenly became highly problematic. Stating this as delicately as possible, the problem was not that the young man was unable to “rise” for a night of marital relations, but rather the bride, Mita – also know as Supriadi, reacted similarly.

Shocked and disappointed, Muhlisin canceled plans for a night of marital bliss and escorted his “pseudo-bride” Mita to the West Lombok Police Resort, where he filed a criminal complaint alleging fraud.

The head of the Criminal Division in the West Lombok Police, AKP Dhafi Shidiq SIK, confirmed on Tuesday, 9 June 2020, that his office was handling the criminal investigation surrounding the “Pernikahan Siri.”

Police confirmed the wedding ceremony that occurred in his jurisdiction on Thursday, 02 June 2020, was witnessed by many, including local religious affairs officials.

When speaking to the press, the police spokesman cited several “irregularities” that occurred in connection with the wedding. Shidiq mentioned how when the husband wanted to consummate the marriage on the “first night,” his wife refused, claiming she was menstruating. The following night, Mita continued to prevaricate, suddenly asking for a divorce from Muhlisin, without citing any specific reasons for her desire to separate.

Frustrated and disappointed, Muhlisin traveled to Mita’s home village, where the local neighborhood chief checked local records that revealed that Muhlisin’s new wife Mita was a man, known by the name of Supriadi.

In addition to a profound loss-of-face, Muhlisin is claiming to have suffered financial losses of Rp. 20 million incurred in hosting the wedding ceremony.