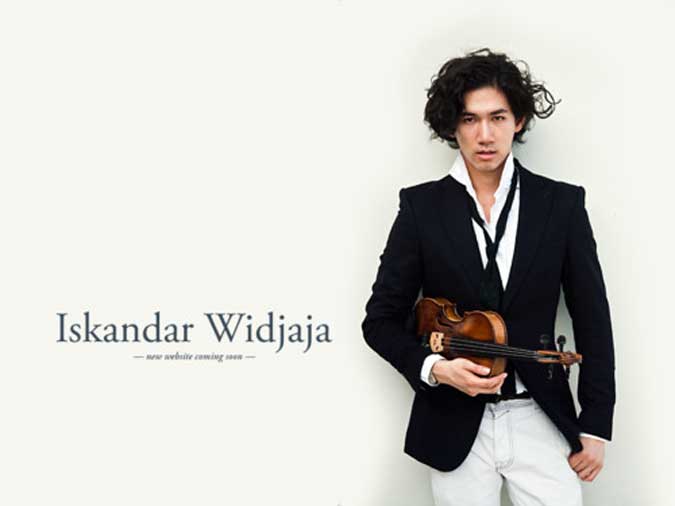 A privileged group of only 125 guests will be allowed to attend the long-awaited restart of the PADMA Musical Concert Series at a concert recital by international superstar – violinist Iskandar Widjaja.

An artist who consistently fills performance halls worldwide, the 35-year-old German-born virtuoso is a recording star who has performed as a soloist with, among others, the Sydney Symphony Orchestra, the German Symphony Orchestra, Konzerthausorchester Berlin, the Warsaw Symphony, the Munich Symphony, and the Shanghai Philharmonic Orchestra.

In 2013, Iskandar Widjaja was the highlight performer at the opening of the APEC Summit.

Some of the praise and accolades for Iskandar Widjaja include:

Widjaja has a distinguished musical pedigree with extensive Indonesian links. Born in Berlin to Indonesian parents, he is the grandson of Udin Widjaja, who conducted the National Palace Choir during the Soekarno-era, and the nephew of the internationally-renowned orchestra conductor Noorman Widjaja.

Refusing to be limited to any specific musical genre, Iskandar’s video on YouTube covers the gamut from classical concerts to recitals to ultra-slick videos in which Iskandar displays his artistic versatility as a musician, dancer, and singer.

Of Manadonese and Balinese parents in Bali in 1975, Sondhy earned the nickname “Mister Fingers” – a moniker bestowed on him by fellow musicians for his skill and keyboard acuity. Trained as a jazz pianist in Bandung and Yogyakarta, Sondhy drew inspiration as a young musician from The Beatle’s Songbook. Such was his admiration for the “Liverpool Four” that, while still a teenager, he often was heard to proclaim: “The Beatles songs are the soundtrack of my life.”

Sondhy’s talent first came to public attention in 1987 when, at 12-years-of-age, he performed on a church organ to great acclaim from the congregation.

In 2016, Erik realized a long-held dream by following in the steps of his musical idols by recording his third musical album by traveling to London to lay down the six tracks of “Erik Sondhy – Volume 1” recorded at the legendary Abbey Road Studio at Number 3 Abbey Road in the City London.

In performing in Bali at the Padma Musical Series, Iskandar Widjaja decided to present a preponderance of contemporary compositions sprinkled in with some selections from his classical repertoire. Accordingly, he was delighted to renew his musical collaboration with Bali-based jazz pianist extraordinaire – Erik Sondy.

Highlights from the concert program (subject to change) planned for 05 January 2022 in Bali:

Because of the strict Provincial CHSE protocols, physically-distanced seating will be limited to only 125 listeners.

Tickets for the Wednesday, 05 January 2022 Concert will be available on a first-come-first-served basis at a special price of Rp. 450,000 net per person when tickets are purchased before 24 December 2021 and, assuming tickets are still available after that, Rp. 500,000 net.

A specially-priced cash bar will operate from 5:00 pm and during the intermission. Doors to the concert venue will open for a 6:00 pm start.

Please note that late-comers admittance to the concert will only be allowed during breaks between performance numbers or intermission.