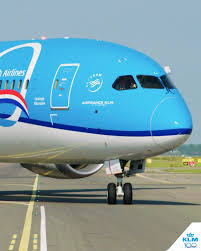 KLM Royal Dutch Airlines has declared its intent to recommence service to several Asia destinations, including the Island of Bali.

The final decision to recommence flights to Bali will depend on the Island taking the step of formally reopening to welcome international tourists.

Based on an explanation for the Minister of Tourism and the Creative Economy, Sandiaga Uno, plans to establish a travel corridor arrangement (TCA) between Bali and Holland will be test-trialed in July 2021 or Q3 2021.

In addition to Bali, KLM is also planning to recommence flights to Phuket, Thailand, in the winter of 2021, operating four times per week. The Prime Minister of Thailand, Prayut Chan-o-cha, has officially targeted the reopening of Phuket to foreign tourists for October 2021.

After something of a false start, KLM recently temporarily suspended flight from Amsterdam to Bengaluru in India.

KLM will fly to 7 Middle East destinations starting this Summer. This is the same number of destinations as the Dutch carrier served in 2019, but with the addition of the new destination of Riyadh, Saudi Arabia flying twice a week.

Services to Abu Dhabi by KLM have been temporarily suspended due to a COVID-19 shutdown by the destination.

The President and CEO of KLM, Pieter Elbers, said he welcomed the almost complete resumption of service to Middle East destinations to levels that match before the pandemic. He went on to say that vaccination of the general public is key to the rebuilding of the aviation sector.