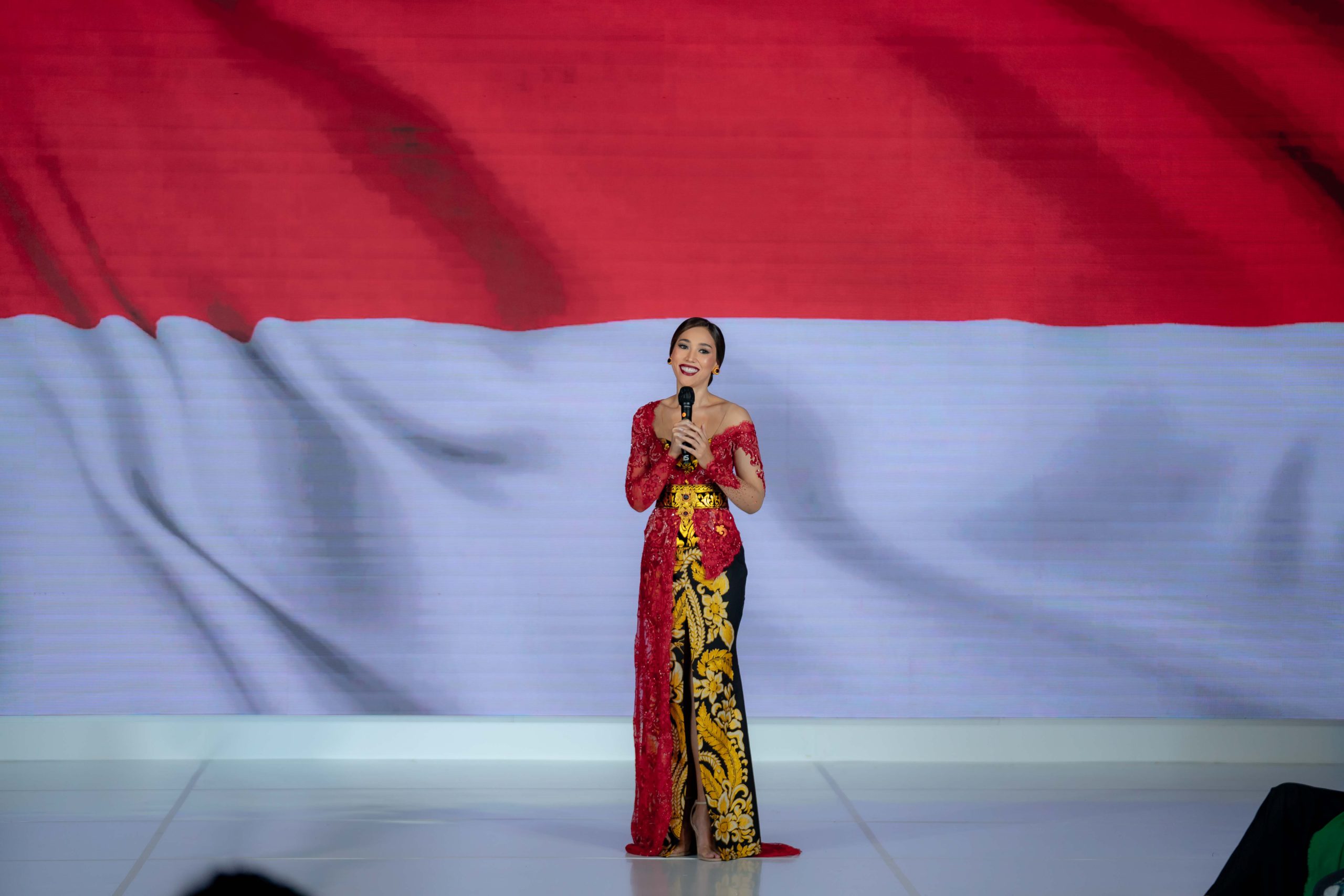 A 26-year-old Balinese woman is on her way to New Orleans, Louisiana, to compete in the Miss Universe  world beauty pageant on 14 January 2023.

The opportunity to represent Indonesia and vie to be crowned the most beautiful woman in the Universe comes after Laksmi Shari DeNeefe Suardana topped a field of 43 Indonesian finalists in the Puteri Indonesia or Miss Indonesia Contest held on 27 May 2022 in Jakarta.

Laksmi Sahri De Neefe Suardana is the daughter of a Balinese Father, Ketut Suardana, and a Melbourne-born mother, Janet De Neefe. The couple’s third child, Janet DeNeefe, is the founder and director of the Ubud Writers & Readers Festival (UWRF). Laksmi’s father, Ketut Suardana, is a commissioner of the Mudra Swari Saraswati Foundation – the not-for-profit foundation that produces the UWRF and the Ubud Food Festival.

Accordingly, since childhood, Laksmi has been immersed in a world of literacy and literature and, over the past 19 years, has been privileged to meet hundreds of established and emerging Indonesian and International writers. The goals of UWRF have so inspired the aspiring Miss Universe that she will bring her literacy mission initiative to the world stage in New Orleans as part of her personal social media campaign #LaksmiforLiteracy.

“I did not expect that Laksmi would initiate the #LaksmiforLiteracy campaign as her advocacy at Miss Universe. I have always hoped that UWRF could help develop higher-level literacy for young Indonesians, and Laksmi has answered by becoming Miss Universe Indonesia. She is our greatest ambassador! “said Janet DeNeefe, Laksmi’s mother.

The world’s top beauty pageant organizers boast that Miss Universe empowers women to develop the confidence they need to achieve their personal goals. With support from the Puteri Indonesia Foundation and Mustika Ratu, Laksmi can compete with seventy-two finalists from around the globe in the Miss Universe 2022 Competition on 3 January until the final night of the Grand Final on 14 January 2023.

“The preparations made by the Puteri Indonesia Foundation and Mustika Ratu have been optimal. We all hope that Laksmi can achieve the best results at the Miss Universe pageant and bring the Miss Universe Crown to Indonesia. Of course, this challenge is momentous for Laksmi and Indonesia,” said the Chairperson of the Advisory Board for the Puteri Indonesia Foundation, Putri Kus Wisnu Wardani.

In the national costume segment of the pageant in New Orleans, Laksmi will present a national costume with the theme ‘The Glory of Phinisi’– Indonesia’s iconic traditional sailing ships. The resulting outfit to be worn by Laksmi draws its inspiration from the Indonesian motto, “Jalesveva Jayamahe” – “On the Sea We Are Victorious.” This elaborate costume was designed by one of Indonesia’s leading designers – Morphacio.

Speaking before her departure in a Jakarta press conference, Laksmi explained: “For me, the noble spirit of ‘Jalesveva Jayamahe’ reflects the beauty of our country. There are thousands of islands in Indonesia, from Sabang to Merauke, and the sea also binds us together, protects, connects, and cares for us,”

Laksmi has the distinction of being the first Puteri Indonesia winner from Bali. Crowned in May 2022, her educational achievements include a Bachelor of Fashion Business from the Polimoda Florence Institute (Italy) with a degree in the Business of Fashion. She has long been active in the Ubud Writers & Readers Festival, as a moderator in the Book Club Program, and as a speaker at the Festival. She is writing a storybook for Indonesian children that spotlights Jakarta, the city of literature and iconic heritage sites.