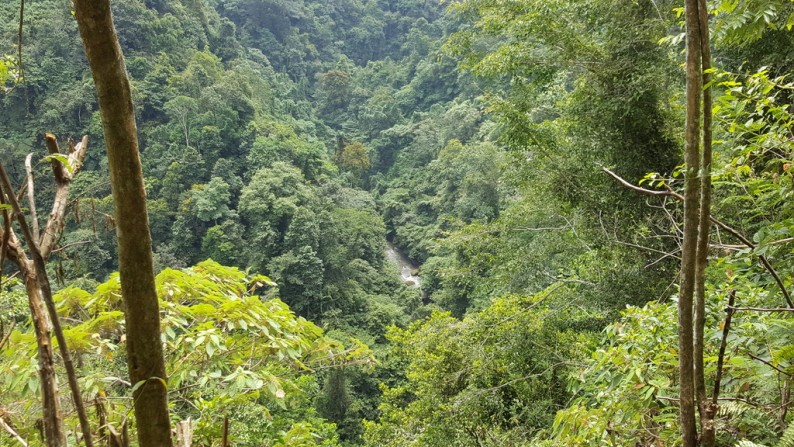 Six white-water rafting tourists were caught in a landslide on the steep banks of the Ayung River in Begawan Banjar, Payangan District, in Gianyar Regency, Bali, at 2:00 pm on Thursday 25 November 2021. The location of the landslide was at the embarkation point of the Gangga Rafting Trip.

As reported by Balipost.com, Kompas.com, RadarBali.com, and NusaBali.com, two people died at the scene from the group of six while one child went missing until his body was recovered on Friday. Three of the group were reported safe with the help of local villagers and rescuers.

Around noon, the group had made the 500-step descent to the river’s edge to take a trip down the river. Heavy rainfall and river conditions caused the rafting trip to be canceled, with the group deciding to retrace their journey back up the staired pathway at 2:00 pm. During the upward ascent up the riverbank, a landslide occurred with several people, unable to leap from the footpath to safety, enveloped by the avalanche of soil and flora.

The Bali Search and Rescue Agency (Basarnas Bali) received a report of the incident at 2:55 pm from a family member of one of the victims.

Balipost.com listed four of the six victims as a single-family unit from Tangerang, Banten in West Java holidaying in Bali. From the family and surviving the landslide was the 42-year-old father Martin Indrawijaya and his 38-year-old wife, Finna Lianty. 10-year-old Julius Hans Wijaya, said to be a child of the couple, died at the scene, and another child, 8-year-old Marvel Sanjaya, was missing until searchers found his body on Friday,

Also dying in the landslide was a 36-year-old Indonesian woman Nuryanti.

A 55-year-old Swedish national, Cleas Henry Jinback, climbing back to the Rafting Company’s parking lot, made it to safety.

The three people who survived the landslide were brought to the Payangan Public Hospital by Search and Rescue workers.