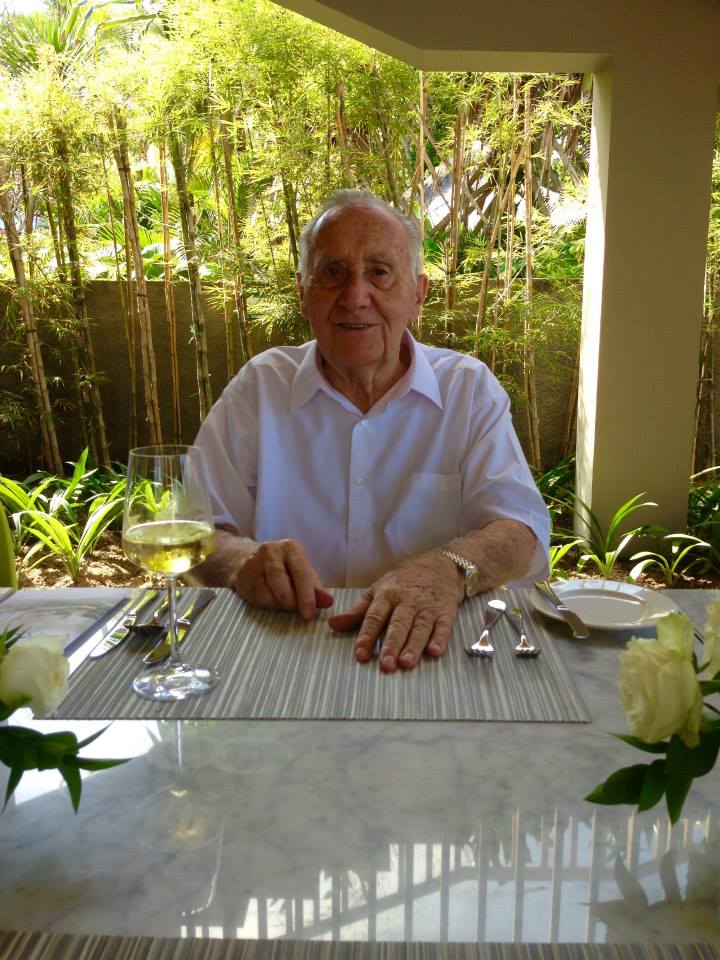 By 1974, Allison had shifted from North Sumatra to Bali, where he joined Aerowisata – the tourism division of national flag carrier Garuda Indonesia’s, to open the Sanur Beach Hotel in December of that year. This was a period when Bali tourism was still very much in its infancy. The Grand Bali Beach had opened in 1966, and the Bali Hyatt in Sanur opened in November 1973 just in time to help host the 23rd Annual PATA Conference that was held in Jakarta and Bali in January 1974.

Stanley Allison was a walking compendium of remarkable stories that chronicled the colorful history of Bali tourism. We still fondly recall an evening when Stanley regaled his dinner guests with a story of how, on 29 July 1974, his greenhorn team opening the Sanur Beach Hotel suddenly realized they had an insufficient supply of dinner plates for a grand opening dinner to be held that very night. Displaying his signature aplomb and ingenuity in equal measure, Stanley sent senior managers in hotel cars to search for suitable plates to place before VIP guests, including at least one Indonesian Minister of State.

High-quality crockery and tableware were not readily sold in Bali at the time. The Sanur Beach staff returned to sadly report no “quality” dinner plates could be found to set before the hotel’s inaugural guests, except perhaps for a large number of blueish-gray “Kitchen Ming Plates” available for something less than one US dollar per plate. Mass-produced 4 to 5 centuries earlier, the distinctive “Kitchen Ming” at the time of manufacture were hastily hand-painted by young girls and then stacked in ceramic firing ovens. The defining distinctive unglazed circles on each plate’s bottom results from being stacked one-upon-the-other during the firing process. Mass-produced for only a single-use at a Chinese funeral, the plates were typically buried after the funeral. In more modern times coinciding with the Aerowisata Sanur Beach opening, plates are being dug up by enterprising entrepreneurs and sold at bargain prices.

Quick to recognize a creative solution to a pressing problem, Stanley snapped his fingers and sent the team out with stashes of cash to buy all the “Kitchen Ming plates” they could find for use at that evening’s gala dinner.

As Stanly retold the tale, he smiled in recollection at having acquired hundreds of Chinese Ming-era plates at a pittance compared to their current value as antiques.

Such Ingenuity and perseverance were hallmarks of Allison’s career that stretched until his retirement in the late 1990s. During his time with Aerowisata, Allison formed a close personal and professional working relationship with Joop Ave as he rose from Director General of Tourism to eventually become Indonesia’s Minister of Tourism.

Because of that relationship, Allison played a pivotal role in supporting the Nusa Dua Complex development in South Bali, where he established and opened in 1983 the first five-star hotel in the Bali Tourism Development Corporation (BTDC) – The Nusa Dua Beach Hotel.

In acknowledgment of Stanley Allison’s many contributions in developing Indonesian Tourism, Tourism Minister Joop Ave and Indonesian President Suharto presented him with the prestigious Adikarya Wisata Award in 1994.

A private cremation ceremony limited to only family and close friends was held in Bali on Saturday, 20 March 2021.