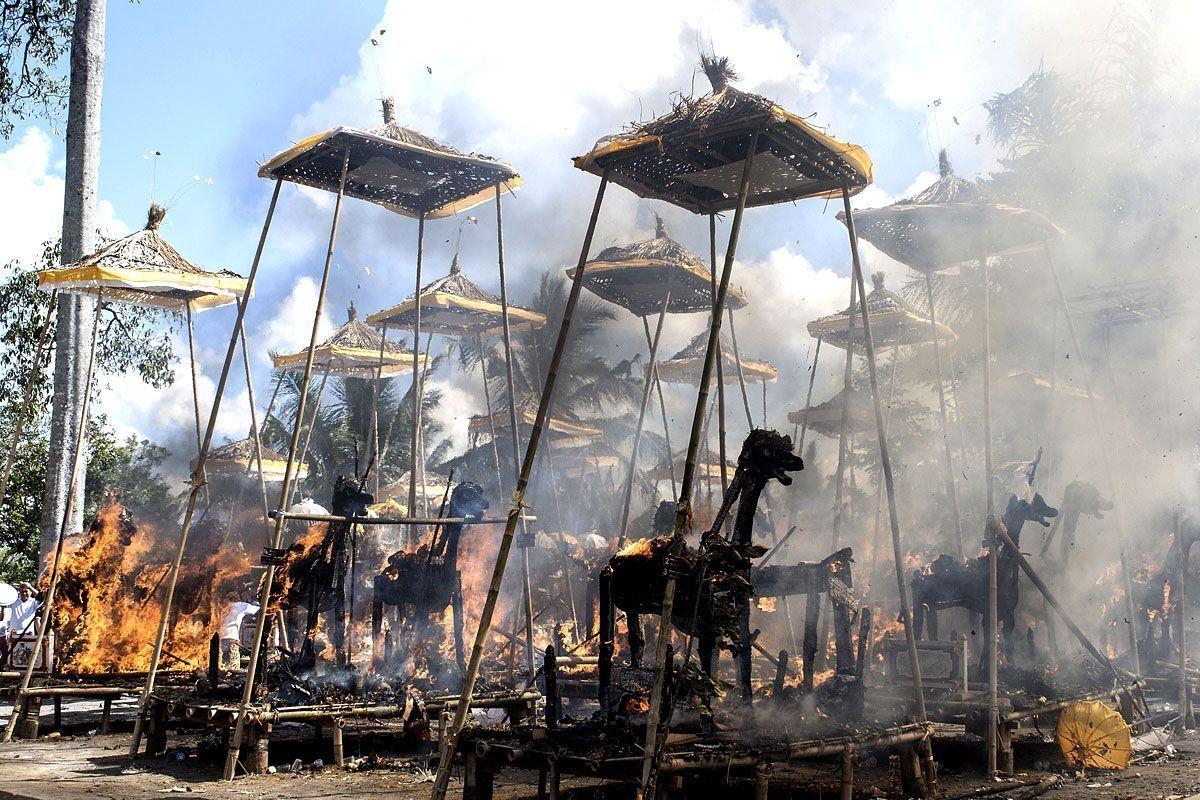 An accidental explosion and fire at a community mass cremation in Blahbatuh, Gianyar, Bali, on Friday, 19 August 2022, has now claimed a third life.

NusaBali.com reports that nine days after the mishap, I Kadek Dwi Putra, 32, from Tampaksiring, who operated the gas-fired blower at the cremation, died on Saturday, 27 August 2022. Kadek Dwi was warded in the Intensive Care Burn Unit of Professor Ngoerah General Hospital.

A wife and two children survive Kadek Dwi. He was cremated on 29 August 2022.

In addition to operating the mobile cremation service, Kadek also worked as a driver for a Gianyar Regency government agency.

Earlier, another furnace operator, Bagus Oscar Horizon (34), died from burns covering over 98% of his body, while a teenage boy, Kadek Gian Permana Putra (14), also succumbed to burns over 94% of his body. Putra was attending to the cremation of his late father.

Police blame the fire and the explosion on the close placement of the furnace and fuel source that ignited as the result of a fuel leak. The accident claimed three lives and injured at least six more.