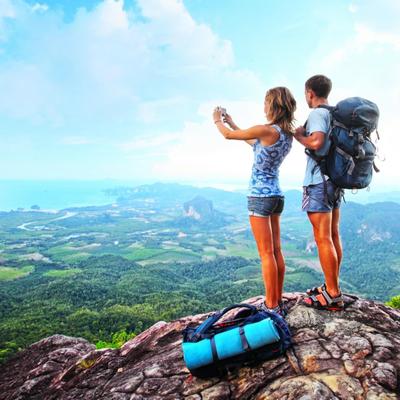 Comments by Luhut Binsar Pandjaitan, Indonesia’s Coordinating Minister of Maritime Affairs and Investment that initially threatened Indonesia would actively ban backpacker tourists, have now been walked back. The Indonesian Government is now assuring that “all” foreign tourists would be permitted to visit the Country.

As reported on Tuesday, 14 September 2021, by Kompas.com, the spokesperson for the Coordinating Minister, Jodi Mahardi, sought to clarify Luhut’s comments made during a working visit to Bali. Luhut was quoted directly announcing that Indonesia did not want low-quality tourists, specifically signaling that backpackers would not be allowed to holiday in Indonesia.

Commenting on Luhut’s comments, widely reported in the mainstream press, indicating backpackers would be refused entry to Indonesia, Mahardi said on Tuesday, 14 September 2021: “This was just a misunderstanding. What was meant were visitors who disobey regulations or protocols on health, law, and immigration.”

Jodi Mahardi continued, saying Luhut’s early statements concerned not allowing foreign tourists to enter Indonesia when they fail to meet international travel requirements set forth by the Government during the PPKM shutdown. Mahardi emphasized that the Government of Indonesia continues to provide the opportunity for foreign tourists to holiday in Indonesia. Adding: “Bali will stay open for all tourists who fulfill foreign travel requirements before arriving in Indonesia. Indonesia shall continue to work to promote its tourism sector in a way that is sustainable and safe for its visitors.”

Signaling that Bali may soon reopen to international travel, the Indonesian Government has decreed that international tourism will reopen despite the continuing PPKM lockdown levels. Foreign tourists will be required to present a certificate proving they are fully vaccinated and have undertaken an RT PCR Swab Test, and have been quarantined upon arrival for eight days.

Luhut Pandjaitan affirmed Bali would be reopened to international tourism if the Province could reduce its PPKM level to Category 3.

Confusion prevailed when Minister Pandjaitan told the press in Bali that foreign tourists given priority in entering Bali would be “quality tourists and not backpackers.”  In comments subsequently walked back, Minister Luhut said: “In the future, arriving tourists would be filtered. We don’t want backpackers coming so that Bali can be clean and people who come will be of quality.”

Editorial: A Humble Defense of Backpackers