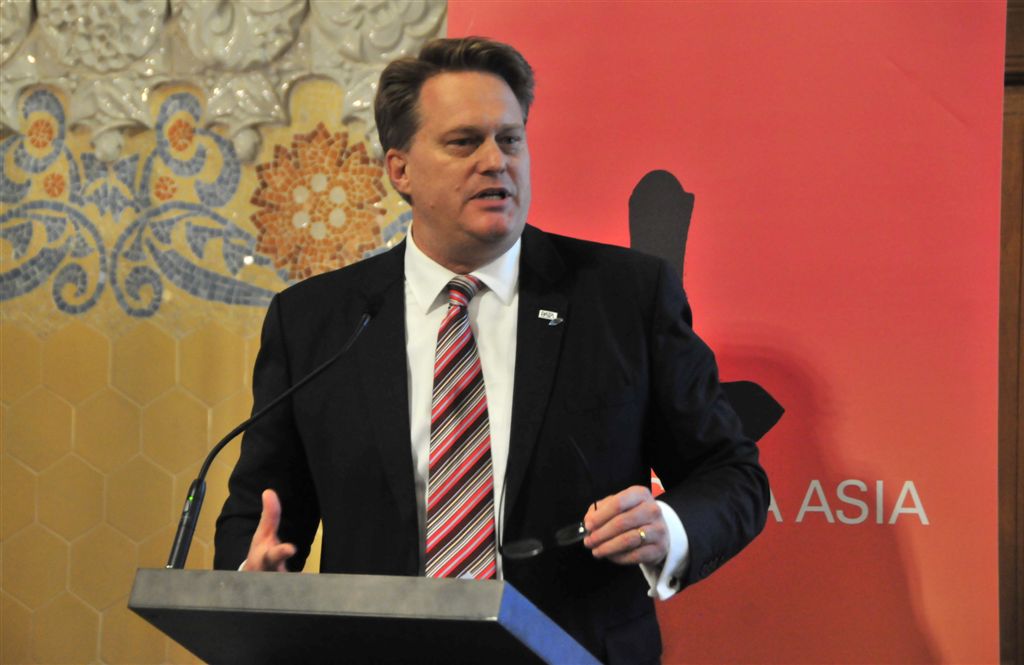 The Pacific Asia Travel Association (PATA) has announced its new Executive Board comprised of senior members of the global travel industry.

Elected as Chair of PATA’s Executive Board is a man with extensive personal and professional connections with the Island of Bali – Peter Semone.

Semone, who replaces Soon-Hwa Wong as chair, is an American national who has made Asia his home for most of his professional life. A native of California, he is a graduate of Cornell University’s Hotel Administration Program. Semone established and operated a Bali-based destination management company early in his career. More recently, in his three-decade-long career, he has become an acknowledged travel industry strategist, educator, and author specializing in tourism development and destination management across the Southeast Asia region. He is a co-founder and president of Destination Human Capital Limited Advisory Group, which assists tourism destinations in aligning policy, strategy, planning, and project implementation.

Semone maintains a home on the island of Bali with his Balinese wife and their children.

Peter Semone is currently based in Dili, Timor-Leste, where he works as Chief of Party of the USAID Tourism for All Project. He has also worked in Lao PDR and Vietnam as a Chief Technical Adviser and Team Leader for tourism projects. Other professional assignments have included expert roles for the United Nations World Tourism Organization (UNWTO), Asian Development Bank, Australian AID, The Deutsche Gesellschaft für Internationale Zusammenarbeit GmbH (GIZ), International Labor Organization (ILO), New Zealand AID, and the World Bank.

Past positions at PATA include serving as Chairman of the PATA Foundation. He also joined various PATA Task Forces and committees.

Semone is a popular speaker and lecturer at colleges, universities, and international tourism forums.

Commenting on his latest appointment with PATA, Semon said: “Today, we are emerging from the most severe crisis to hit our community since PATA was founded in 1951. The COVID-19 pandemic has wrought unprecedented devastation on tourism destinations and businesses across Asia and the Pacific. In these times of crisis, organizations like PATA play a critical role. Now is the time to rethink tourism in the Asia Pacific and ‘build forward better’ through an intelligent pathway that balances economic growth with socio-cultural and environmental considerations. PATA is central to this narrative. We can leverage the PATA brand and the power of our diverse membership that spans the earth’s premier tourism locales and engages stakeholders across the public and private sectors. Together, the PATA family can combine forces and energize our region and industry to get back on track.”