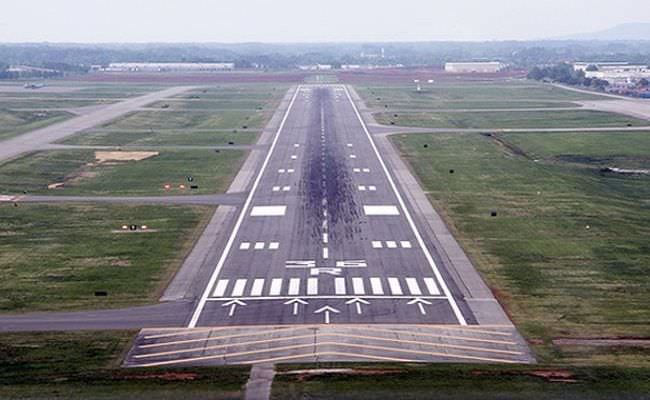 Beritabali.com reports that the chairman of the Special Planning Commission for the Provincial Zoning in Bali (RTRW-Bali), Anak Agung Ngurah Adhi Ardhana, announced that, after years of debate, the Village of Sumberklampok, in the Gerokgak District of Buleleng Regency has been selected as the location for a North Bali airport.

The location for the proposed new airport mow forms a part of the Provincial Zoning and Development Plan for Bali for the period 2022-2042.

Bali Governor Wayan Koster confirmed the Sumberklampok location based on a letter from the Ministry of Agrarian Affairs and Spatial Planning and the National Land Agency (BPN) sent on 15 January 2022 (Nomor PF.01/ 08-200/ I/ 2021 tanggal 15 Januari 2021).

The chairman of the special commission appointed to create a 20-year zoning plan, Adhi Ardhana, reminded that the final confirmation of the location for the north Bali airport remains in the sole authority of the Ministry of Transportation.

The final go-ahead in the construction and location of a major airport in North Bali remains bogged down by numerous regulations and inter-agency disputes.

On 28 April 2022, a letter from the National Secretariat (B.0203/Seskab/Ekon/04/2022) was sent to Bali’s Governor Wayan Koster that contained an attachment containing specific guidance from President Joko Widodo calling for work on an airport in northeast Bali (Kubutambahan) be halted because the airport location has now been shifted to a new location in northwest Bali.

This was preceded by a letter (PB.01/ 369-II-200/ VIII/ 2021) sent on 04 August 2021 from the Minister of Agrarian Affairs and the head of the National Land Agency (BTN) to Governor Koster recommending specific changes in the Provincial Zoning and Spatial Plan (RTRW – Bali).

Ardhana also explains that the relocation of the proposed airport must also contemplate issues related to the conservation of a protected National Forest. Ardhana confirmed that a letter (Nomor S.127/ PKTL/KUH/PLA.2/ 2/ 2021) was sent on 08 February 2021 from the Director-General of Forestry Planning from the Ministry of the Environment and Forestry (KLHK) addressing issues related to the infringement of the new airport on the National Park.

Ardhana, quoted by Detik.com, explained: “Because the land sought for the North Bali Airport is dry and non-productive. Thus, regarding environmental impact and other factors, the area’s zoning is still under review.”

Buleleng Regency community members have formed a group called the Forum for North Bali Progress (Fobatama) is voicing its adamant opposition to plans to build the airport in Sumberklampok.

Fobatama, with members drawn from diverse sectors of the community, is suggesting that “certain parties” meddled in the selection of the new location for the airport in their community,

Antonius Sanjaya, a member of Fobatama, warns that if officials force the construction of the new airport in Sumberklampok, they will face various obstacles. In addition to the natural limitations of the proposed location, there are also problems caused by the infringement by the airport on segments of the West Bali National Park (TNBB) and the Park’s central role in the conservation of the endangered Bali Starling population.

“We reject plans to move the planned North Bali Airport and the revision of Provincial Regulation Number 3 of 2020 governing the relocation of the proposed air gateway from the Village of Kubutambahan to Sumberklampok. We are firm in rejecting the proposed location, which is not following the Presidential Decree on developing national strategic projects,” Anton said on 20 July 2022.

Anton Sanjaya also serves as the chairman of the executive board of the non-governmental organization Gema Nusantara, warns that relocating the airport to Sumberklampok violates the law.

The location of the new airport at Sumberklampok is only 40 km from the Belimbing International Airport in Banyuwangi, East Java.