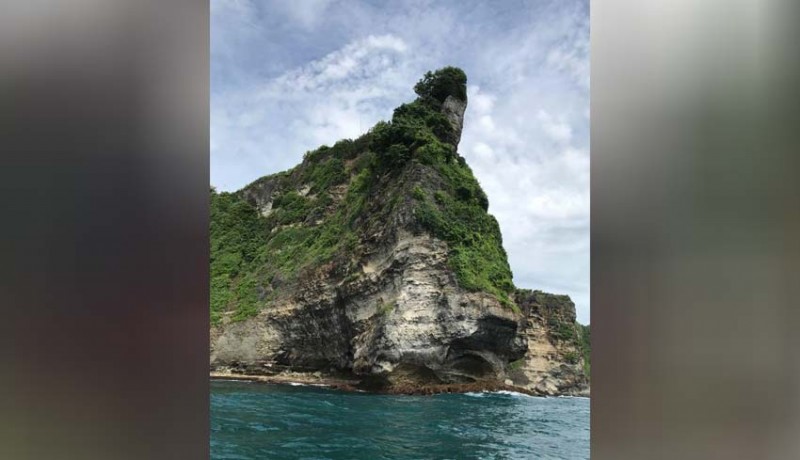 Plans to reinforce the 90-meter-high limestone cliffs supporting Bali’s iconic Pura Luhur Uluwatu have been suspended due to the COVID-19 pandemic.

Among Bali’s most sacred religious sites, the Pura Luhur Uluwatu sea temple dates from at least the 11th Century. It acquired the honorific of “Luhur” based on the belief that the East Javanese sage and holy man, Dang Hyang Niratha, found eternal release or Moksha at this location. The stone outcrop is also believed to contain the ship of the Goddess Dewi Danu.

Large fissures appearing in the promontory prompted the Public Works Department of the Badung Regency to undertake plans to reinforce the natural structure and ensure that an earthquake or other natural disaster does not send the cliff-face and the temple falling into the Indian Ocean.

Detailed planning had been completed, and the reinforcement work put out to bid when the COVID-19 pandemic put an end to the project, at least in the near-term. I Gusti Agung Sriasih of the Public Works Department, quoted by Nusa Bali, said on Tuesday, 21 July 2020: “Indeed, the plans to strengthen and reinforce the cliff face the Pura Luhur Uluwatu has been postponed. The money budgeted for the project was cut because of COVID-19.”

Sriasih lamented that other projects, including the creation of public parks, have fallen victim to defunding because of the Regency’s burden of dealing with COVID-19.

“Indeed, the plans to strengthen and reinforce the cliff face the Pura Luhur Uluwatu has been postponed. The money budgeted for the project was cut because of COVID-19.”

Sriasih refused to say when the reinforcement of the cliff supporting one of Bali’s most iconic religious sites would resume. He said his office would continue to request a budget allocation for the work until government funds become available.

The postponement of the repairs and reinforcement came after the project had been put out to bid and a winning bid selected.

While the details of the winning bid were not announced, it is known that the Badung Regency had budgeted around Rp. 29.5 billion for the project and appointed an expert management team to supervise the actual work. Consultants, who formulated the terms of the bid determined that metal netting, sling cables, and regular cable would be needed to fortify the cliff face. Holes would also be bored into the facing for the placement of retaining anchors and injecting or strengthening cement.