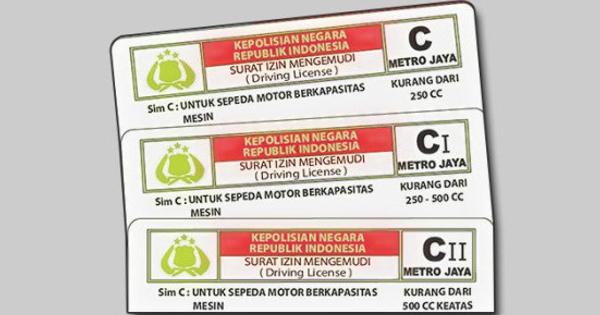 A spokesman for the National Traffic Police, AKNP Arief Budiman, said the differentiations for a SIM C Driver’s License are based on the need for specific skill sets depending on the size of the motorcycle.

The three classes of SIM C are outlined in Police Regulation Number 5 of 2021, signed by the Head of the National Chief of Police, General Listyo Sigit Prabowo, on 19 February 2021. That regulation has yet to be implemented by the Indonesian police, who claim more time is needed to socialize and enforce the new licensing system for motorcycles.

While police are mulling when to launch the three-tiered motorcycle licensing system, a national survey is now underway to determine the actual number of motorcycles with engine capacities greater than 250 cc operating in Indonesia.

As reported by Beritabali.com, police are also preparing requirements to be put in place to obtain a CI or CII Motorcyclist License. While drivers must be at least 17 years of age to get a SIM C Standard Motorcycle License, this age limit increases to 18 years for a SIM CI and 19 years for a SIM CII.

Applicants for SIM CI and SIM CII are also obliged to pass a road safety theory quiz, undergo a motorcycle simulator test, and take a road test supervised by the police. A minimum passing score of 70 is required for the theory portion of the test. Those failing to obtain a passing score are allowed two separate retests within 14 days.