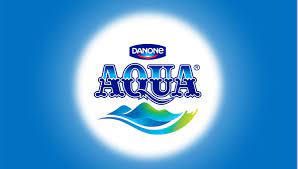 Intended to help manage the large amount of waste generated by the Island’s tourism industry, the TPST has the ability to process 120 tons of used plastic bottles and organic waste material daily. The end of the process sees the wastes rendered into new plastic bottles, compost materials, or fuel.

The Regent of Badung Regency, I Nyoman Giri Prasta, estimates that Bali produces 4,281 tons of waste each day, equivalent to 1.5 million tons annually. Prasta said only 48% of this massive amount of Bali’s waste is sent to landfills or processing facilities, the remaining 750,000 tons polluting Bali’s rivers and surrounding seas.

“That is why the Bali provincial administration and Badung district have made plastic waste management as our main agenda and have issued several policies, including limiting the single-use of plastics,” Prasta commented.

A similar Danone-Aqua Facility in Lamongan, East Java that just opened in Bali, is credited with redirecting and recycling 70% of waste that formerly went to landfills.

Indonesia’s Coordinating Minister for Maritime Affairs and Investment, Luhut Binsar Pandjaitan, speaking at the inauguration of the Bali waste management facility said: “The government highly appreciates and supports Danone-Aqua’s initiatives to strengthen the commitment to waste management in Indonesia by adhering to the circular economy principles that can bolster the government’s efforts to reduce plastic waste in the ocean by up to 70 percent in 2025.”

Danone-Aqua now operates a partnership for recycling plastic bottles in 17 places across Indonesia. These facilities recycle some 13,000 tons of used plastic bottles each year and provide income to 9,000 scavengers who collect the bottles and sell them to the recycling plant.