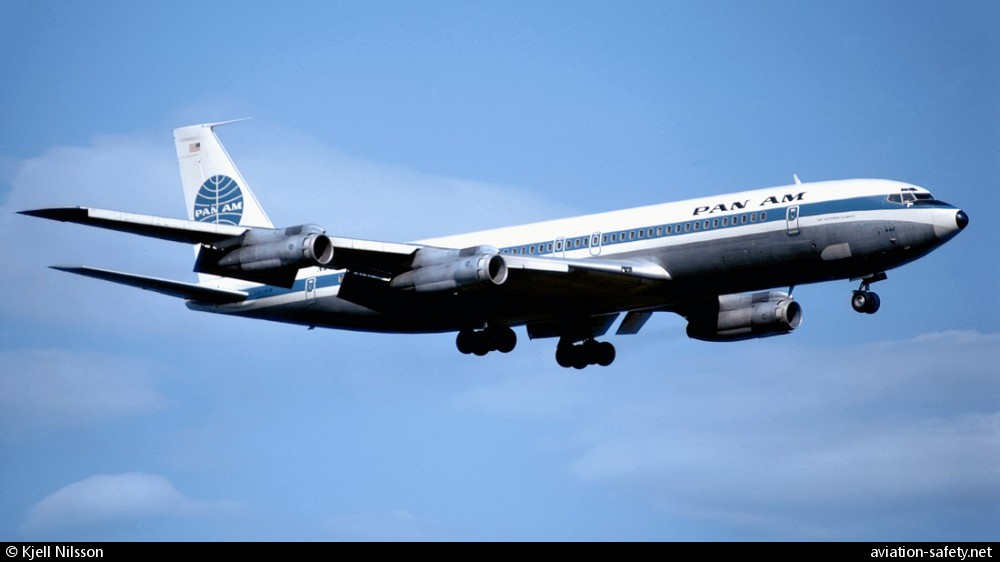 On 23 April 2021, Bali marked the 47th anniversary of the crash of Pan American World Airways flight PA-812 on the hillsides of North Bali.

The “Clipper Climax” with the registration N446PA was operating a scheduled service from Hong Kong to Los Angeles with intermediate stops in Denpasar (Bali), Sydney, Nadi, and Honolulu on 23 April 1974, when, while preparing for the final approach for Bali’s runway 09. it crashed in the village of Tinga-Tinga in the Regency of Buleleng claiming the lives all of the 107 passengers and crew on board.

The Boeing 707-321B reported passing 2,500 feet to Denpasar Air Traffic Control (ATC) at 23 minutes past midnight on 23 April. 6 minutes later, the pilot-in-command asked Bali ATC for local weather and visibility.

Bali ATC did not hear that final radio transmission from the cockpit of the ill-fated aircraft. Several subsequent calls requesting confirmation of location from Bali’s Airport Tower to PA-8112 to the “Clipper Climax” went unanswered. The Bali ATC reported “lost contact” with the aircraft, triggering an immediate search by a combined military, police, and civil air authorities.

A short time later, reports from local villagers from the remote crash location confirmed no survivors among the decimated wreckage of the aircraft.

The remote hillside location of the wreckage and almost complete obliteration of organic and inorganic remains caused 300 rescue workers to spend 4-5 days, starting from 26 April, on the gruesome and painstaking tasks of bringing debris and human remains to the main road for their transportation to South Bali.

A total of 96 passengers from 9 countries were on the plane. Seventy were scheduled to disembark in Bali, 24 were bound for Sydney, and 2 for Nadi.

The plane was piloted by Captain Donald Zinke (52), who had 18,247 hours of logged flight time – 7,912 of which were at the controls of Boeing 707s. His co-pilot was First Officer John Schroeder, with 6,312 hours of flight deck experience. A third pilot, Melvin Pratt, and Flight Engineers Timothy Crowley and Edward Keating, were also on board at the time of the crash.

As an interesting aside, N446PA starred in the 1971 feature film “Willy Wonka and the Chocolate Factory,” performing as the aircraft that delivered a critical shipment of Wonka Bars.

Both the cockpit voice recorder and flight data recorders were found in mid-July. Indonesian and US inspectors concluded that the flight did not explode at altitude and was destroyed upon sudden impact with the ground at a high rate of speed.

Following the tragic Bali crash, Pan American Airways installed a new cockpit warning device intended to prevent future crashes of its kind by warning of low altitude and proximity to ground or mountains.

After the air disaster, Pan Am ended its flights between Hong Kong and Sydney via Bali.

A monument commemorating the air tragedy and containing all passengers and crew names now stands on Padang Galak Beach in East Denpasar, Bali.