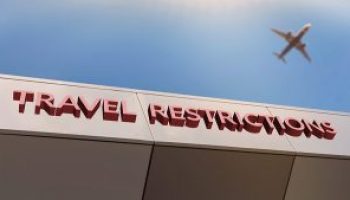 The Indonesian government has temporarily barred foreigners and foreign workers from entering the country as one step among many to prevent the spread of COVID-19. The ban on foreign visitors and foreign workers takes official effect on 21 July with a two-day grace period until 23 July to accommodate people already in transit to Indonesia.

The Indonesian Minister for Law and Human Rights (Menkumhan), Yasonna Hamonangan Laoly, speaking on the TV network Liputan6, said the ban on foreign visitors and foreign workers is included in the just-issued Ministerial Regulation Number 27 of 2021 which is a revision of Regulation Number 26 of 2020 on visas and stay permits during the period of adaptation to the “new normal.”

Yasona said the change in visa policies affecting foreign nationals had been communicated to related ministries and agencies.

Five special categories of foreign workers are exempted from the prohibition, including:

Crews on international aircraft or sea transport arriving in Indonesia can enter the country with a recommendation issued by a relevant ministry and by fulfilling stipulated health protocols, such as “negative” PCR Swab Tests and by following established quarantine requirements.

Yasona said any subsequent relaxation in the rules and requirements would depend on the developing situation.