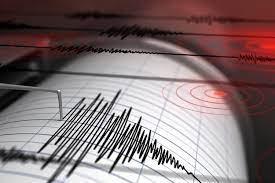 The Indonesian Meteorology, Climate, and Geophysics Agency (BMKG) recorded 10,570 earthquakes during the entire calendar year of 2021. These seismic events emanating from shifting plates in the earth’s surface and moving fault lines varied considerably in magnitude and epicenter depth.

Quoted by Balipost.com and the State News Agency Antara, Daryono, the BMKG coordinator for mitigation, earthquakes, and tsunamis, said on 30 December 2021 that the number experienced an increase compared to the calendar year 2020 when 8,264 earthquakes occurred.

Destructive earthquakes also increased in 2021 when 23 earthquakes caused significant property damage and casualties compared to 11 earthquakes in the same category during 2020.

Earthquakes that trigger some form of tsunami totaled two in 2021 when in 2020, no tsunami struck within the borders of Indonesia. All tsunami activity in 2021 were recorded as “small” tsunamis. The first measured 50 centimeters at Tehoru in Central Maluku following a 6.1-M earthquake on 08 September 2021 and a 7-centimeter tsunami in the Flore Sea following a 7.4 M earthquake on 14 December 2021.