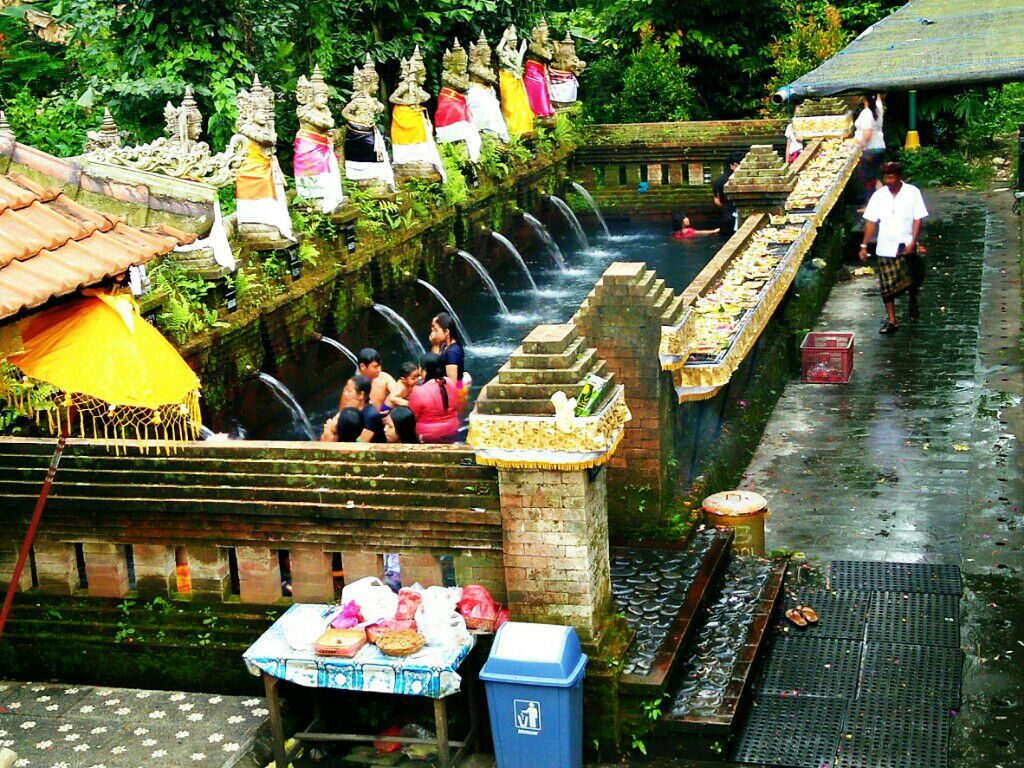 Ritualized purification or bathing (penglukatan) at the Pura Taman Beji Cengana in the traditional Village of Dar-masaba in the Abiansemal area of Badung Regency, Bali is temporarily not allowed to avoid unnecessary public gatherings with the risk of creating new COVID-19 clusters.

As reported by NusaBali.com, other temple locations in Bali, such as Pura Kereban Langit in the Village of Sading, have also closed their sacred fountains to cleansing rituals during the emergency PPKM measures announced by the Provincial and Nation Governments.

The Pura Kereban Langit is well known as a pilgrimage destination for young married couples seeking divine intervention in overcoming their inability to start a family. Caretakers tell of countless married couples who successfully procreated after praying and ritually bathing and drinking from the sacred waters at the Temple.

In addition to being a place for those seeking marital fertility, Pura Kereban Langit is also a sacred place to cleanse both the body and the soul. Before the COVID-19 pandemic, the Temple was busy, frequented by many Balinese wishing to bathe in its fountains. However, in deference to emergency government guidelines, bathing in the Temple’s pools has been banned since 03 July 2021.

According to Jero Mangku, the priest in charge of Pura Kereban Langit, only worshippers in urgent need of holy waters (air suci) from the Temple can be served. Those must follow stringent health protocols.

Similarly, Pura Beji Cengana is also temporarily closed to those seeking the purifying powers of its waters. Urgent supplicants will be accommodated limited to groups of two people following stringent health protocols.

Officials at both temples report the public is accepting the restrictions placed on holy places during the PPKM emergency.