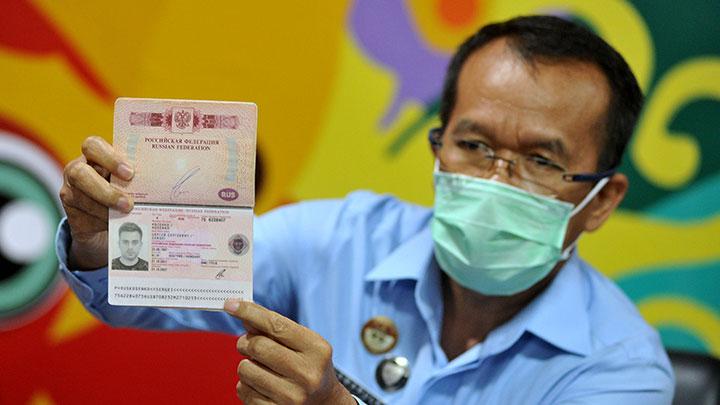 Kovalaneka recently completed a 1.5-year prison sentence at Bali’s Kerobokan Prison on a narcotics conviction and was awaiting deportation from Bali into the hands of the Russian Police to face further criminal charges in Russia filed under an INTERPOL “Red Notice.”

The nature of the charges supporting the INTERPOL Red Notice has not been revealed.

While awaiting deportation, the Russian was being processed through the Ngurah Rai Immigration office on Thursday, 11 February 2021, at around 1:30 pm, preparing for handover to the Immigration Detention Center. While at the Immigration office, the man received a Russian female visitor, Ekaterina Trubkina, who allegedly helped facilitate Kovalaneka’a escape.

In Bali, immigration and police officials have issued an all-points bulletin for the couple while placing all ports and airports under intense surveillance.

Anyone knowing the couple’s whereabouts and can assist in their arrest should contact their nearest police precinct or call the Ngurah Rai Immigration WhatsApp number 081236956667.

The public is reminded that it is a serious crime under Indonesian law to provide shelter, refuge, or assistance to anyone known to have committed a crime or actively being sought by law enforcement.